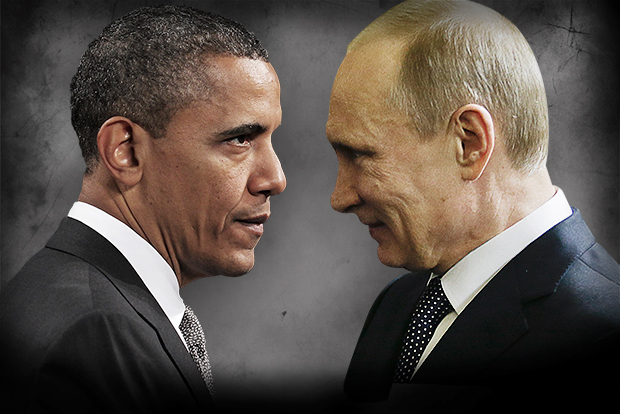 WARSAW, POLAND - President Obama arrived in Poland Tuesday for a four-day, three-country European tour in which the Ukraine crisis will be the main topic of conversation.

Russia's annexation of Crimea and the Kremlin's support of separatists in Ukraine top Mr. Obama's agenda as echoes of the Cold War figure to follow the him from Warsaw to Brussels to Normandy, France, where he'll come face to face with Russian President Vladimir Putin.

The visit comes at a time of violent unrest in parts of Southern and Eastern Ukraine as a new western-backed government prepares to take office in Kiev. In what may be a sign of easing tensions, Russian troops amassed on the Ukrainian border as recently as last week appear to have retreated largely.

On Tuesday in Warsaw, President Obama meets with Polish President Bronislaw Komorowski and later with leaders from other Central and Eastern European nations. The visit to Poland coincides with the 25th anniversary of its first elections free of Soviet control.

"The U.S.-Polish alliance is critical to the Transatlantic relationship generally and is a foundation of America's support for not just the Polish people but Eastern European allies," said Deputy National Security Adviser Ben Rhodes.

Mr. Obama holds a bilateral meeting with Ukranian President-elect Petro Poroshenko Wednesday morning before delivering remarks at an event celebrating Poland's democracy. The White House sees these stops as an opportunity to reaffirm the U.S.'s commitment to a sovereign Ukraine, and to the furthering of democracy around the world - a theme the president highlighted in an address last week.

"America's support for democracy and human rights goes beyond idealism - it's a matter of national security. Democracies are our closest friends, and are far less likely to go to war," the president told the graduating class at the United States Military Academy in West Point, N.Y.

G-7 leaders will converge on Brussels for two days of discussions on energy, trade, and the crisis in Ukraine. The meeting was originally scheduled as a G-8 summit in Sochi, Russia, but it was moved to Belgium and Russia's membership was revoked after the incursion into Ukraine.

The president meets with British Prime Minister David Cameron and makes a brief stop in Paris before continuing on to Normandy, France, where he'll commemorate the 70th anniversary of the D-Day invasion on Friday. Mr. Obama attended the 65th anniversary in 2009.

In the morning, the president is expected to make remarks at the French-American ceremony where he will be joined by French President Francois Hollande. The event takes place at the U.S. cemetery above Omaha Beach, where U.S. troops landed during the allied invasion of German-occupied France on June 6, 1944. More than 9,000 allied troops were killed or injured in the invasion.

Later, the president attends a lunch and memorial ceremony with 17 world leaders including Queen Elizabeth and Russian President Putin.

It will be the first time Mr. Obama and Putin have encountered one another in person since Russia's advances into Crimea. White House officials say there are no plans for a formal meeting. Their last in-person meeting occurred in September in St. Petersburg, Russia, where the two men shook hands.

The U.S., with the support of its allies, has imposed economic sanctions on Russia since it moved into Ukraine.

In his speech last week, the president described a foreign policy that emphasizes collective action through strong international partnerships and military restraint.

"U.S. military action cannot be the only - or even primary - component of our leadership in every instance. Just because we have the best hammer does not mean that every problem is a nail," the president said.