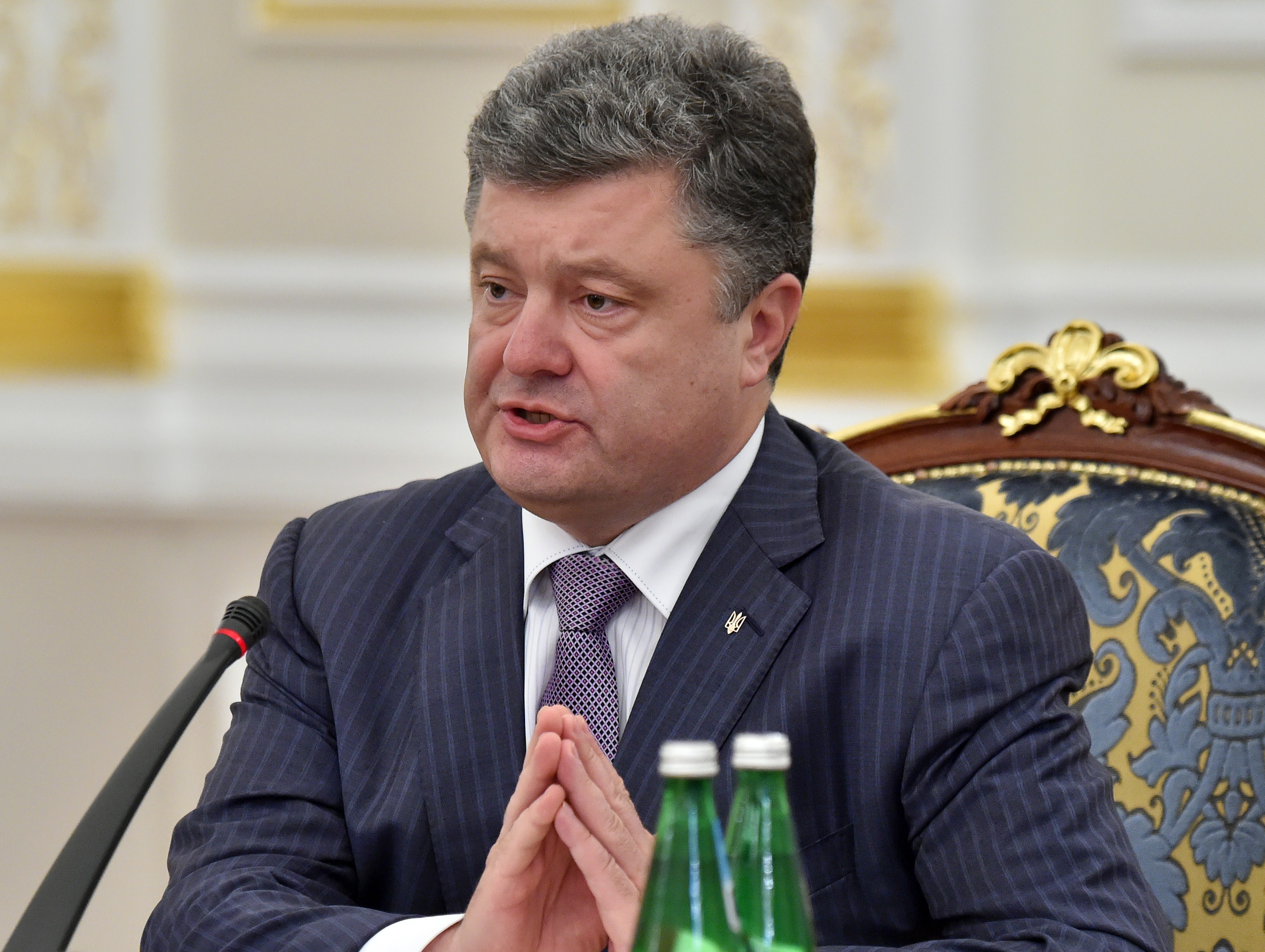 KIEV, Ukraine -- Ukraine's president said Wednesday that government forces will unilaterally cease fire to allow pro-Russian separatists in the east of the country a chance to lay down weapons or leave the country as U.N. monitors say they're documenting a steady rise in killings, torture and abductions.

Petro Poroshenko's plan, announced following conversations with Russian and German leaders, aims to end two months of fighting in eastern provinces that form the nation's industrial heartland. It could also help ease the worst crisis between Russia and the West since the Cold War, which was triggered by Moscow's annexation of Crimea that followed the ouster of Ukraine's pro-Russia president.

"The plan will begin with my order for a unilateral cease-fire," Poroshenko told reporters in Kiev. "I can say that the period of the cease-fire will be rather short. We anticipate, that immediately after this, the disarming of the illegal military formations will take place."

He said that those who lay down arms and haven't committed grave crimes will be granted amnesty, and there will be joint patrols against looters and other criminals.

Any such cease-fire would raise the question of whether the separatists would respect it, and whether Russia had the desire or the ability to persuade them to do so.

Russia has denied Ukrainian and Western claims that it was fomenting the insurgency in the east by sending troops and weapons, insisting that Russian nationals among the rebels are volunteers. Some top rebel leaders visited Moscow Tuesday and met with senior officials and lawmakers.

Russia's Foreign Minister Sergey Lavrov, speaking in Baku, Azerbaijan, said that any cease-fire should be "comprehensive," not temporary. However, he said that if it was followed by negotiations "then it could be the step President Poroshenko has promised and which in general we were all waiting for."

Separatists have seized government buildings, held disputed referendums and declared independence in the Donetsk and Luhansk regions along Ukraine's eastern border with Russia. Ukrainian troops have struggled to suppress the insurgents, who on Saturday shot down a military transport plane, killing all 49 on board.

The U.N. says at least 356 people, including 257 civilians, have been killed since May 7. There have been more than 200 reports of torture, and 81 people were being held on June 7 as the deadly conflict raged in eastern Ukraine between pro-Russia separatist rebels and the government in Kiev.

Poroshenko was elected after a protest movement drove his predecessor, Viktor Yanukovych, from office in February.

In his inaugural address June 7, Poroshenko said he was willing to negotiate with people in the region, but not with "terrorists" with "blood on their hands." He proposed an amnesty for separatists who have not committed violent acts, early regional elections and new efforts to create jobs in the area.

U.N. human rights chief Navi Pillay says in the report Wednesday the country's "climate of insecurity and fear" has displaced 34,000 people, nearly half in Donetsk and Luhansk.

The report says "abductions, detentions, acts of ill-treatment and torture, and killings by armed groups are now affecting the broader population of the two eastern regions."