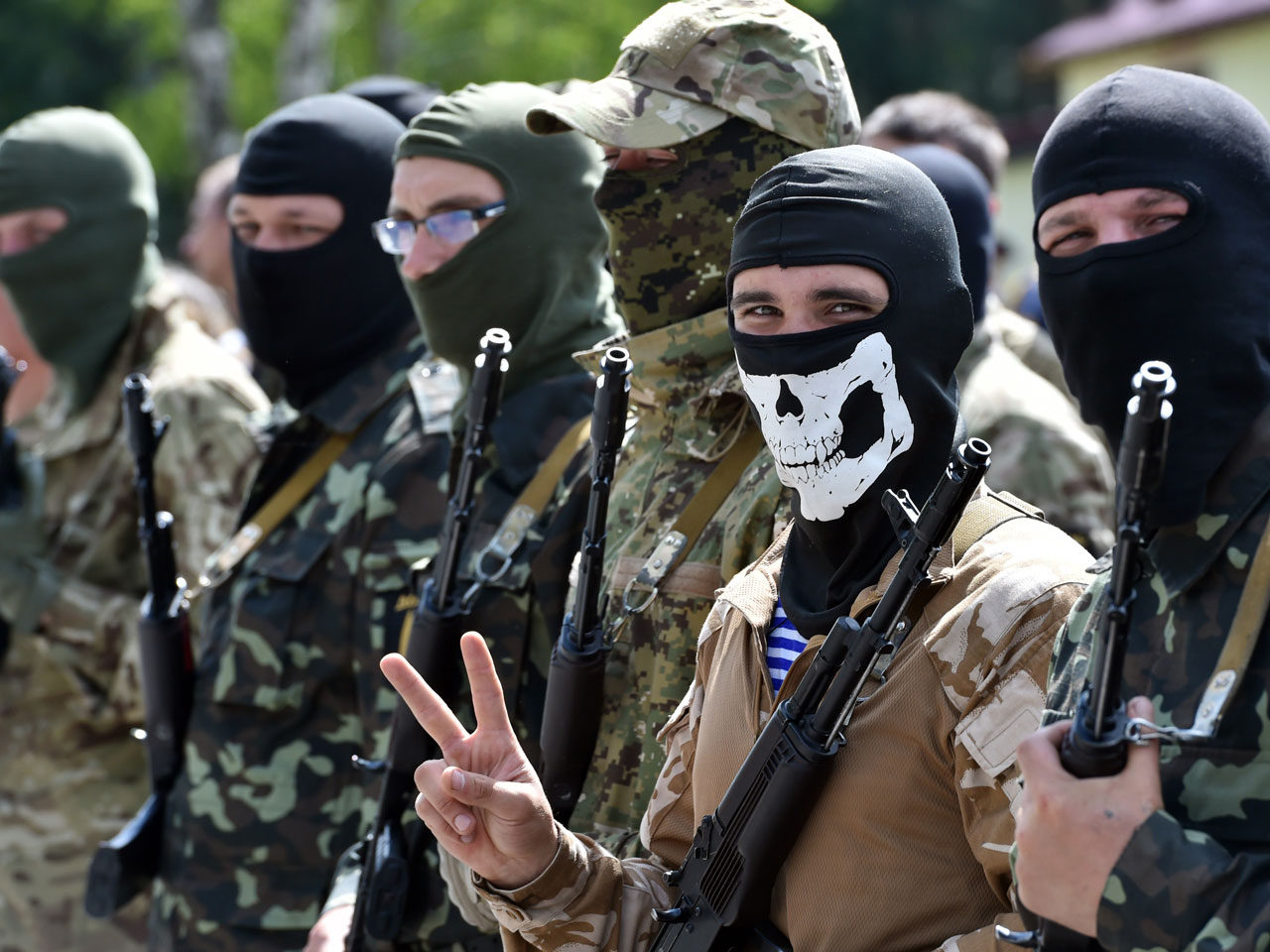 DONETSK, Ukraine - Insurgents promised Monday to honor a cease-fire declared by the Ukrainian president and engage in more talks to help resolve the conflict that has left hundreds dead in eastern Ukraine.

The announcement came on the first day of talks between a former Ukrainian president, the Russian ambassador, European officials and the eastern separatists who have declared independence.

The negotiations were launched in line with President Petro Poroshenko's peace plan, which started with a weeklong unilateral cease-fire Friday to uproot the mutiny that has engulfed the nation's industrial east. Hundreds of people have been killed in the fighting and tens of thousands have fled their homes.

Alexander Borodai, one of the rebel leaders who took part in Monday's talks in Donetsk, said they would respect the cease-fire declared by Poroshenko, which lasts through 2 a.m. EDT Friday.

The rebels, who have declared their border regions independent and fought government troops for two months, also promised to release the observers from the Organization for Security and Cooperation in Europe whom they have held hostage.

The Kremlin said Putin underlined in Monday's conversation that in order to normalize the situation in eastern Ukraine it's necessary to "effectively end fighting and start direct talks between the conflicting parties."

Monday's talks involved Ukraine's ex-President Leonid Kuchma, the Russian ambassador to Ukraine and an envoy from the OSCE. Poroshenko has ruled out talks with those he calls "terrorists," so inviting Kuchma to mediate offered a way to conduct talks without the government's formal engagement.

The insurgents had previously demanded the Ukrainian military withdraw its troops from the east as a condition for any talks, so Borodai's statement represented a softened stance that raised expectations that the cease-fire could hold.

Ukraine and the West have accused Russia of fomenting the rebellion in the east by sending troops and weapons across the border, but Moscow has denied that and insisted that Russian citizens who joined the insurgents were volunteers.

Poroshenko's office said Monday that he had offered Russia a chance to send its own observers to join the OSCE mission in Ukraine to see that government troops were observing the cease-fire.

Kuchma, who served as president from 1994-2005, comes from the east and is an astute political player respected by both sides. His ex-chief of staff, Viktor Medvedchuk, has lived in Russia and reportedly has close ties to Putin, was also at the talks.

"If both sides hopefully observe it (the cease-fire), then a normal peace process could start," Kuchma told reporters after Monday's talks.

Putin publicly expressed support Sunday for Ukraine's declaration of a cease-fire and urged both sides to negotiate a compromise, which must guarantee the rights of the Russian-speaking residents of eastern Ukraine.

Putin clearly intends to maintain pressure on the Ukrainian government in Kiev to give the country's eastern industrial regions more powers, which would allow them to keep close ties with Russia and serve the Kremlin's main goal of preventing Ukraine from joining NATO.

But the Russian leader also wants to avoid more crippling sanctions from the U.S. and particularly from the European Union, whose leaders will meet Friday in Brussels, and therefore needs to be seen as cooperating with efforts to de-escalate the conflict.