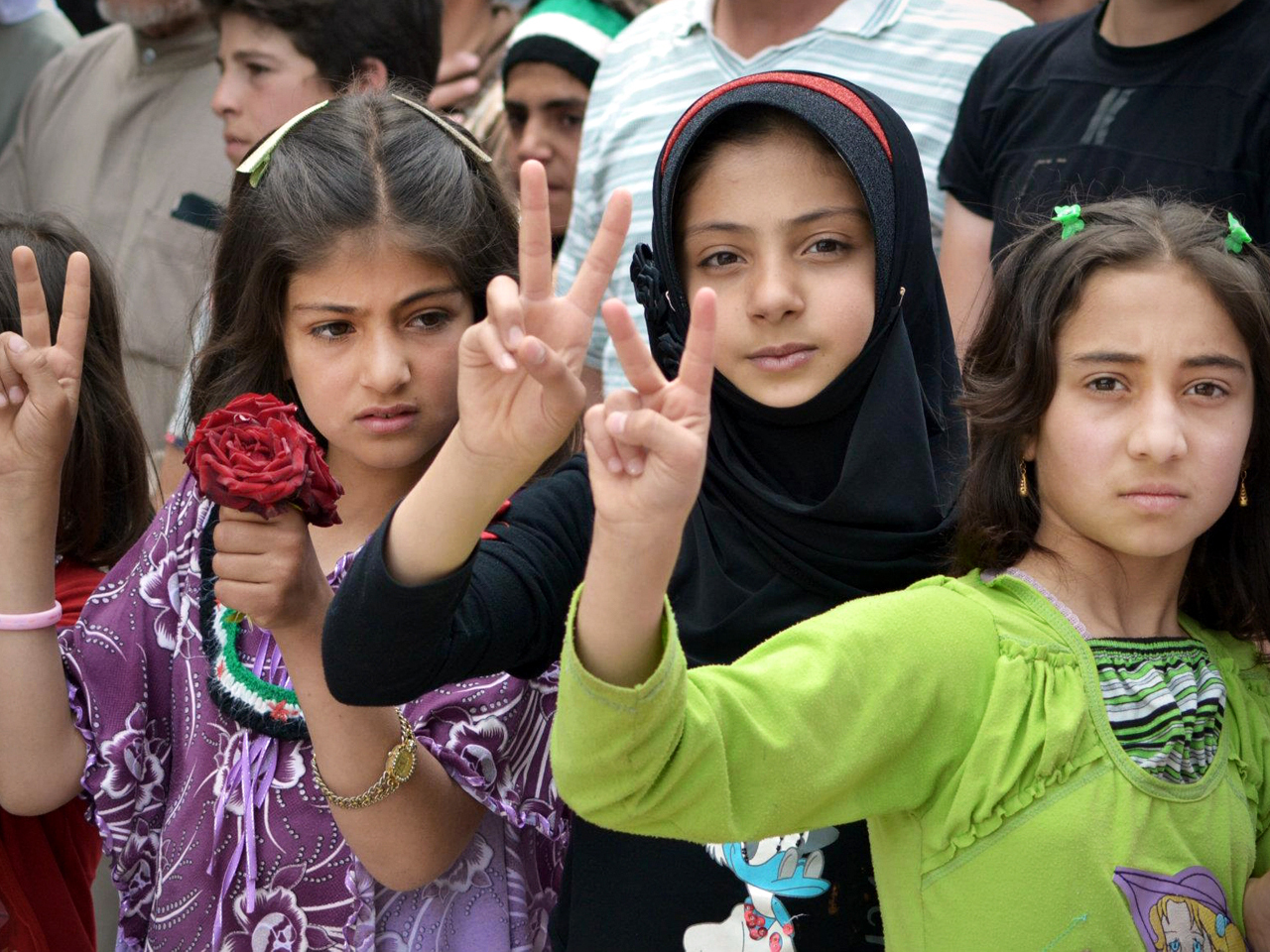 (AP) UNITED NATIONS - A U.N. report released Monday includes Syrian government forces and their allied "shabiha" militias for the first time on a list of 52 governments and armed groups that recruit, kill or sexually attack children in armed conflicts.

Meanwhile, to stop the escalating violence there, U.N. envoy Kofi Annan has asked governments with influence to "twist arms" amid few signs that international pressure is having any measurable effect on the fighting.

In Syria, the report said, children as young as 9 years old have been victims of killing and maiming, arbitrary arrest, detention, torture, and sexual violence, and have been used as human shields.

"In almost all recorded cases, children were among the victims of military operations by government forces, including the Syrian armed forces, the intelligence forces and the shabiha militia, in their ongoing conflict with the opposition, including the Free Syrian Army," the report said.

Secretary-General Ban Ki-moon's annual report on children and armed conflict during 2011 names 32 "persistent perpetrators" that have been on the list for at least five years, including the security forces of seven countries. That's double the number in 2010, and Ban expressed grave concern at "the unacceptably high, and growing, number" of long-term abusers of children.

Radhika Coomaraswamy, the U.N. special representative for children and armed conflict, said that while new crises erupted in 2011 "with a heavy toll on children such as in Syria, and also in Libya, violations against girls and boys have come to an end in other parts of the world."

But the so-called "list of shame" with 52 names — including four new parties in Syria, Yemen and Sudan — is still too long, she said in a statement.

Syria has intensified its onslaught against the opposition in recent days, ignoring an Annan-brokered ceasefire plan, mounting international condemnation and increasing economic pressure aimed at the government of President Bashar Assad.

"It is totally unacceptable and it must stop, and that is why Annan has invited governments with influence to raise the bar to another level, to the highest level possible, and twist arms if necessary, to get the parties to implement the plan," his spokesman Ahmad Fawzi told reporters in Geneva.

He didn't specify the countries that might still have leverage with the Assad regime, but Russia, China and Iran are considered Syria's closest and strongest allies.

Fawzi said it was up to the government to take the first step to end the violence, which has now claimed over 13,000 lives since the conflict began in March 2011.

The secretary-general said the United Nations has received reports of "grave violations" against children in Syria since March 2011, when protests against Assad's government began.

A resolution adopted by the U.N. Security Council in 2005 took the first major step to prevent the victimization of young people in war zones by addressing the exploitation of children as combatants and identifying governments and armed groups that recruit child soldiers. In 2009, the council voted to also name and shame countries and insurgent groups engaged in conflicts that lead to children being killed, maimed and raped.

The report quoted a former member of the Syrian armed forces saying that in December, during protests in Tall Kalakh, his commander gave an order to shoot during the break-up of the demonstrations and he saw three girls, who appeared to be between 10 and 13 years old, killed. A former member of the intelligence forces was quoted as saying he witnessed the killing of five children in a secondary school during demonstrations in Aleppo in the last quarter of 2011.

The report said the Syrian military and the shabiha used children as young as 8 on at least three occasions last year.

In an attack on the village of Ayn l'Arouz in Idlib province on March 9, 2012, it quoted a witness as saying several dozen boys and girls between the ages of 8 and 13 were forcibly taken from their homes and "used by soldiers and militia members as human shields, placing them in front of the windows of buses carrying military personnel into the raid on the village."

The United Nations also has collected dozens of accounts of eyewitnesses from children as young as 14 years old who were tortured in detention, as well as from former members of the Syrian military who were forced to witness or carry out acts of torture, the report said.

Most child victims of torture described being beaten, blindfolded, subjected to stress positions, whipped with heavy electrical cables, scarred by cigarette burns and in one case subjected to electrical shock to the genitals, the report said. One witness reported seeing a boy about 15 years old die as a result of repeated beatings. Another 15-year-old repeatedly beaten with heavy electrical cables during interrogation reported at least 20 other children his age or younger being held in detention, it said.

The report detailed many other serious human rights violations against children across the globe.

For example, in Somalia, the U.N. documented 7,799 child casualties of conflict last year, just in the three main hospitals in the capital Mogadishu. It also documented the recruitment of 948 youngsters by the Islamic militant group Al-Shabab and 242 cases of rape and sexual violence.

In Afghanistan, the report said 1,325 children were killed or injured in 2011, 30 percent by improvised explosive devices placed by armed groups. It said 316 cases of underage recruitment were reported, the majority by armed groups notably the Taliban as well as the Haqqani network and Hezb-e-Islami.

"In 2011, 11 children, including one 8-year-old girl, were killed while conducting suicide attacks" in Afghanistan, the report said. "Some children unknowingly carried explosive packages."

In Iraq, the report said 146 children were reportedly killed and 265 injured as a result of violence last year, mainly by armed groups including al Qaeda and the Islamic State of Iraq. The U.N. said 294 children were also indicted or convicted of terrorism-related charges.

Since the uprising in Libya began in February 2011, the report said the presence of children in armed forces and armed groups "was broadly reported" along with numerous grave violations. It said child casualties were not systematically document but it said 129 cases of killing and 247 cases of maiming of children were recorded.

In Ivory Coast, the U.N. registered 271 cases of sexual violence, including six against boys.

On a positive note, the report said parties to conflicts in Nepal and Sri Lanka were taken off the list after they successfully completed Security Council-mandated programs to end the recruitment and use of children. It said five parties in Afghanistan, the Central African Republic, Chad and South Sudan entered into similar agreements last year.