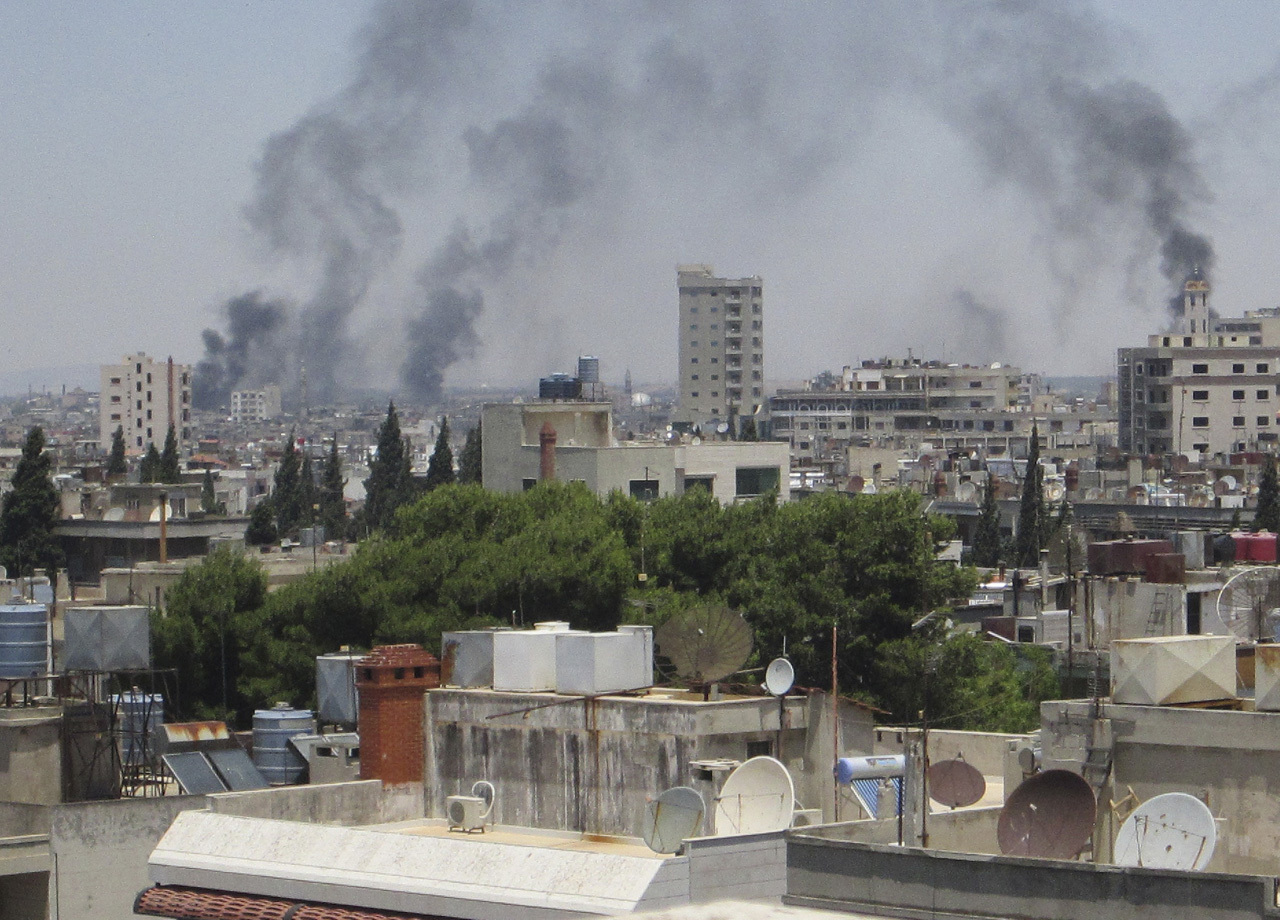 (AP) BEIRUT - The head of the U.N. observers' mission in Syria demanded Sunday that warring parties allow the evacuation of women, children, elderly and sick people endangered by fighting in the besieged city of Homs and other combat zones.

Maj. Gen. Robert Mood said the observers had been trying for the past week to bring out families and wounded trapped in Homs by heavily shelling of rebel-held areas. The offensive is part of a broader push by President Bashar Assad's forces to regain rebel-held villages and towns throughout the country.

"The parties must reconsider their position and allow women, children, the elderly and the injured to leave conflict zones without any preconditions and ensure their safety," Mood said in a statement. U.N. "attempts to extract civilians from the line of fire over the past week have been unsuccessful."

"This requires willingness on both sides to respect and protect the human life of the Syrian people," he added.

On Saturday, the U.N. said its 300 observers based in Syria were suspending all missions because of concerns for their safety after fighting intensified over the previous 10 days. But the monitors said they were remaining in Syria in Damascus.

A U.N. official told The Associated Press earlier Sunday that a team of observers had left Damascus for Homs, hoping to evacuate civilians. The plan was not made public for fear that would compromise the mission. The official spoke on condition of anonymity because he was not authorized to speak to the media.

The official said the plan was to arrange a brief cease-fire of up to 90 minutes during which the civilians would have been evacuated from rebel-held areas of Homs through a safe corridor. He said the mission was approved by the Syrian government. But the fighting never eased enough to allow the evacuations.

Regime forces have been waging a fierce offensive through towns and villages nationwide, trying to root out rebels by shelling urban areas with tanks and attacking from helicopters. Rebels also have attacked Syrian forces, mostly trying to burn tanks.

The activist group Syrian Observatory for Human Rights said at least eight soldiers were shot and killed in one rebel attack, and some 30 Syrian civilians and rebels were killed across the country Sunday.

"The humanitarian situation in Homs is very difficult," said Rami Abdul-Rahman, who heads the British-based Observatory. "It is very clear that the army wants to retake Homs."

The Observatory asked the U.N. on Saturday to intervene in Homs to evacuate 1,000 families the group said were trapped by violence along with dozens of wounded people in rebel-controlled areas who could not get medicine or doctors to treat them.

On Sunday, clashes appeared particularly intense in the central city of Homs and its surrounding provinces as well as in the town of Douma on the fringes of the Syrian capital, said the Observatory and the Local Coordination Committees, another activist group.

Amateur video showed plumes of smoke wafted over Homs as the sound of gunfire echoed and shells appeared to slam into concrete and metal.

In the nearby city of Rastan, amateur video showed the mangled bodies of two brothers struck by a shell. The videos, like claims by the government and activists, could not be independently verified because the Syrian government does not allow reporters or rights groups to work independently in the country.

In Douma, rebels opened fire on a bus of soldiers, killing eight of them, according to the Observatory and amateur footage of the event that showed the men in Syrian military uniforms lying bloodied on the ground.

The statement calling off U.N. observer patrols reinforced fears that Syria is sliding ever closer to civil war 15 months after the rebellion to oust Assad began. Opposition groups say more than 14,000 civilians and rebels have been killed since the uprising began in March 2011.

The Observatory says more than 3,400 soldiers and militiamen loyal to the government have also been killed.

The U.N. observers are the only working part of a peace plan brokered by international envoy Kofi Annan. The international community saw that plan as its only hope to stop the bloodshed.

It called for the foreign monitors to check compliance with a cease-fire that was supposed to go into effect on April 12, but never took hold. They have become the most independent witnesses to the carnage on both sides as government and rebel forces ignored the truce.