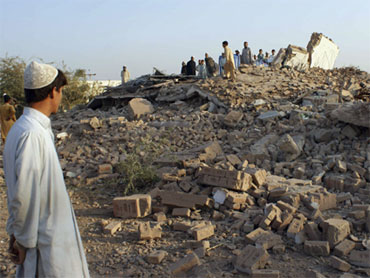 Afghanistan remains mired in poverty, corruption and violence, despite an estimated $35 billion in aid being poured into the country between 2002 to 2009, the United Nations said Tuesday.

A report by the office of the U.N. High Commissioner for Human Rights claims that over two-thirds of Afghans live in dire poverty. Many are disillusioned with their government and the international community for failure to provide basic needs such as security, food and shelter, it said.

"Widespread corruption further limits access to services for a large proportion of the population," the report found, accusing Afghan officials of advancing their own interests at the expense of the general population. Women, ethnic minorities and people with disabilities suffer the worst discrimination, it said.

The 26-page report also criticized the international community for placing too much emphasis on security and too little on long-term development. More than eight years after a U.S.-led military coalition ousted the Taliban, Afghanistan has the world's second highest maternal mortality rate and the third worst rate of child mortality, according to the report.

A spokesman for the U.N. human rights office said the world was failing to address these problems despite pledging a new beginning for the country at a 2001 conference in Bonn, Germany.

For many Afghans, the only way to survive is to take up arms and perpetuate the "vicious circle" of war and poverty that has plagued the country for decades, Rupert Colville told reporters in Geneva.

The report warned that "a growing number of Afghans are increasingly disillusioned and dispirited" about prospects for a better future.

Officials at Afghanistan's U.N. mission in Geneva said they had yet to read the report and were unable to comment.