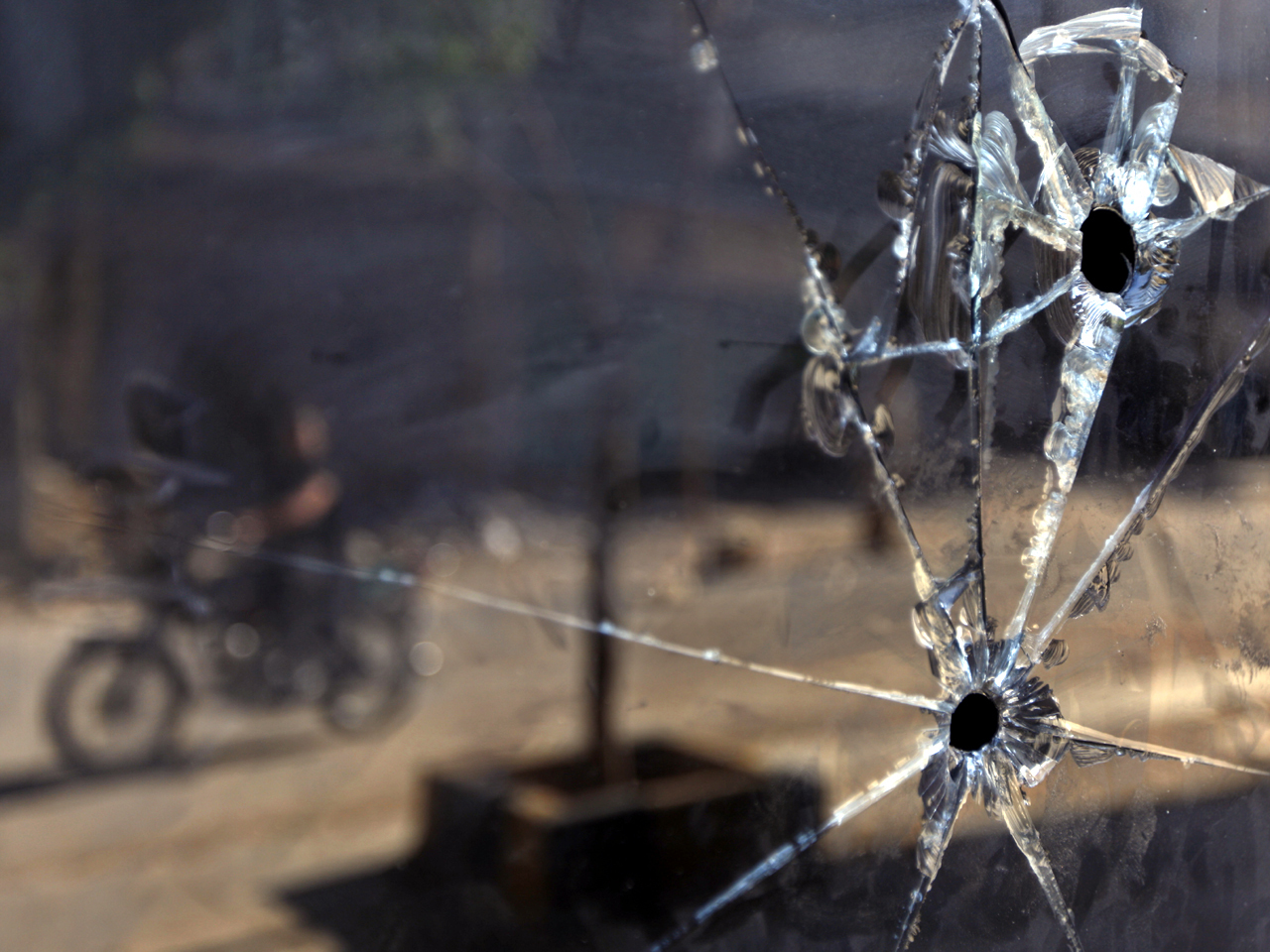 (AP) BEIRUT - Angry crowds blocked U.N. observers from reaching an embattled rebel-held town in Syria on Tuesday, hurling stones and metal rods at the monitors' vehicles. Their vehicles came under fire as they drove away from Haffa, but the source of the gunfire was not clear, the U.N. said.

None of the observers was injured.

The situation in Haffa has raised alarm over the past eight days, and there are concerns civilians are stuck in the area while the regime and rebel fighters battle for control. Washington said Monday that regime forces may be preparing a massacre in rebel-held Haffa — a village about 20 miles from Assad's hometown of Kardaha.

It's not clear why the crowd wanted to prevent the observers from entering, but the Britain-based Syrian Observatory for Human Rights said earlier that residents of a nearby village were trying to block the observers.

Citing a network of sources on the ground, the Observatory said the residents were mostly regime loyalists.

Calls to the area did not go through Tuesday. The government restricts journalists from moving freely, making it nearly impossible to independently verify accounts from either side.

The offensives were part of an escalation of violence in recent weeks that has brought more international pressure on President Bashar Assad's regime faces over its brutal tactics against the opposition. The U.N. accused the government of using children as human shields in a new report. It said children have been victims of detention, torture and sexual violence.

U.S. Secretary of State Hillary Rodham Clinton also said Russia is sending attack helicopters to Assad's regime. She said the delivery represents the "latest information" and that the U.S. is concerned as the helicopters "will escalate the conflict quite dramatically."

Clinton called instead for Moscow to help the U.S. push forward a political transition plan for Syria. Russia has consistently said it would not condone the use of outside forces to end the conflict and has said that it would not supply arms that would aid the government in quelling the uprising.

Amateur video of the mortar attack on Deir el-Zour showed some of the dead in a street as survivors screamed in panic and tried to remove their bodies. Other videos showed some of the wounded receiving treatment at a hospital. The Local Coordination Committees activist group and the Britain-based Syrian Observatory for Human Rights said 10 people died in the shelling.

Both sides of the 15-month-old revolt to oust Assad have ignored an internationally brokered cease-fire that was supposed to go into effect April 12 but never took hold. The U.S. and its allies also have shown little appetite for getting involved in another Arab nation in turmoil.

Syria is veering ever closer to an all-out civil war as the conflict turns increasingly militarized. Already more than 13,000 have died since March 2011, according to activist groups.

The U.N. special envoy for Syria Kofi Annan has asked governments with influence to "twist arms" to halt the escalating violence in the country, his spokesman Ahmad Fawzi said. Annan is also working to convene a diplomatic meeting soon to discuss the situation in Syria amid worsening fighting between government troops and opposition forces. Earlier this year, he put forward a six-point peace plan, including the cease-fire, to try end the violence.

"It is totally unacceptable and it must stop, and that is why Annan has invited governments with influence to raise the bar to another level, to the highest level possible, and twist arms if necessary, to get the parties to implement the plan," Fawzi told reporters in Geneva. He didn't specify the countries that might be able to pressure Assad into halting its onslaught against the opposition, but Russia, China and Iran are considered Syria's closest and strongest allies.

The two main activist groups reported clashes in areas including the central province of Homs, the northern regions of Idlib and Aleppo and areas around the capital Damascus and the southern province of Daraa.

The Observatory said troops kept up an offensive in an eastern coastal region where the U.S. says Assad's forces may be preparing a massacre. The group said regime forces shelled Haffa and neighboring villages in Latakia province Tuesday for the eighth straight day, it said, as regime forces try to push through against stiff resistance. Activists say the government has brought in helicopter gunships to aid their offensive, an increasingly common practice.

The United States had accused Assad's government Monday of using "new horrific tactics." State Department spokeswoman Victoria Nuland also said the regime "may be organizing another massacre" in Latakia, where U.N. monitors have been impeded.

Syrian state news agency SANA reported that government forces are still tracking down "terrorists," who it blamed for attacking residents of Haffa. It said the search led to the killing of a number of gunmen and the wounding others. Some were also arrested, it said, adding that two Syrian troops were killed and some others wounded in the clashes.

Attempts to contact activists in Haffa failed because of bad cellular phone connections.

State-run news agency SANA said a reporter and a cameraman for the pro-government Ikhbariya TV were wounded when their car was hit with bullets in Haffa on Monday.

The government restricts journalists from moving freely, making it nearly impossible to independently verify accounts from either side.