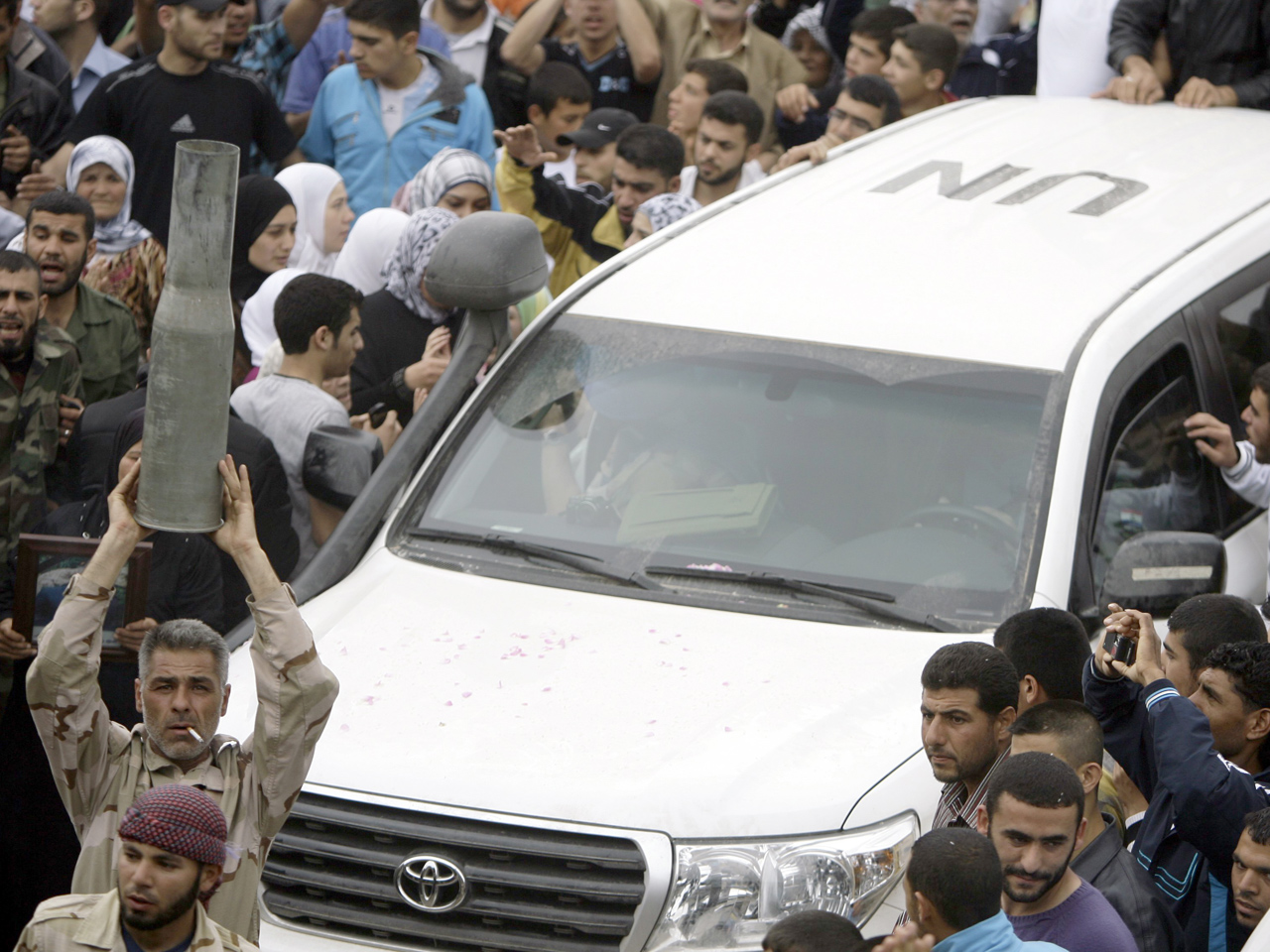 (AP) UNITED NATIONS - The U.N. peacekeeping chief has told the Security Council that it's too dangerous for U.N. observers in Syria to resume their mission.

A diplomat who spoke on condition of anonymity said Tuesday that Herve Ladsous told a closed council meeting that the mission could restart at some point but that for the time being, it's too dangerous.

U.N. forces in Syria repeatedly came under fire before the U.N. suspended the 300-member mission earlier this month.

Maj. Gen. Robert Mood, the mission's head, told the council at the time that the observers had suffered direct fire at least 10 times, had been in several indirect fire incidents. He said nine U.N. vehicles had been damaged or struck by small arms fire.

Syria's rebels not as Islamist as you think - yet
Watch: Condoleezza Rice calls on U.S. to arm Syria rebels