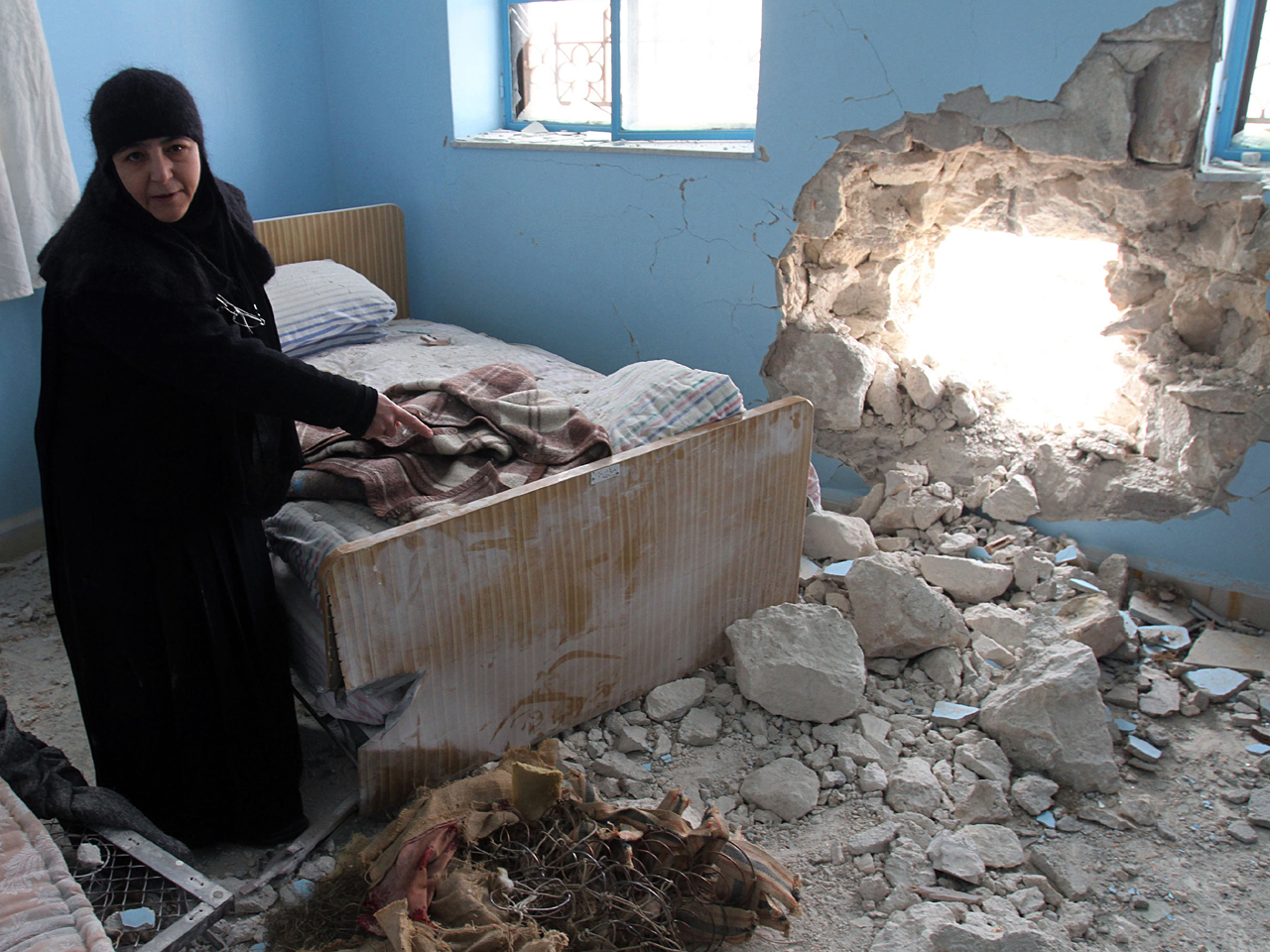 (AP) GENEVA - The violence in Syria has worsened since a cease-fire deal in April and the bloodshed appears to be taking on dangerous sectarian overtones, the U.N. said Wednesday.

Investigators say they have concluded that Syrian government troops could be behind the killing of more than 100 civilians in the village of Houla last month. The findings, which were presented to the U.N.'s top human rights body, could lay some of the groundwork for prosecuting alleged crimes against humanity and other abuses in Syria.

Reflecting the sense of urgency, senior diplomats said world powers are planning to meet Saturday in Geneva in an attempt to end the bloodshed, with U.S. Secretary of State Hillary Rodham Clinton and Russia Foreign Minister Sergey Lavrov saying they will attend. Notably uninvited were major regional players Saudi Arabia and Iran, and Syria itself.

Clinton said Wednesday she has "great hope" the Geneva meeting can be a turning point in the Syria crisis. Clinton said the U.S. supports U.N. envoy Kofi Annan's six-point plan for political transition in Syria.

Annan "has developed his own very concrete road map for political transition" from the Assad regime, Clinton said at a news conference at the start of her three-country European tour. "We believe it embodies the principles needed for any political transition in Syria that could lead to a peaceful, democratic and representative outcome reflecting the will of the Syrian people."

"If Kofi Annan is able to lay down a political transition road map that is endorsed by countries including Russia and China, for example, that sends a very different message," Clinton said. "That's the first time the international community will have really evidenced a direction that I think Assad will have to respond to."

Activists say more than 14,000 people have been killed since the uprising against President Bashar Assad's regime began in March last year and the increasing militarization of both sides in the conflict has Syria lurching toward civil war.

Paulo Sergio Pinheiro, who heads a U.N. panel conducting an international investigation of allegations of human rights abuses in Syria, called the country a "crime scene" and said investigators had prepare a list of names of people suspected of being responsible for crimes.

The probe into the massacre in the central Syrian village of Houla concluded that forces loyal to the government "may have been responsible" for many of the deaths.

The report says the military or pro-government shabiha forces had better access to the Houla village during the May massacre. The village leans toward the opposition and most of the victims were women and children who were slaughtered in their homes, it said.

"The manner in which these killings took place resembles those previously and repeatedly documented to have been committed by the government," Pinheiro told the U.N.'s top human rights body in Geneva.

A final position on who was responsible for the massacre would require more work, Pinheiro said, but in unusually direct language he said interviews conducted by the commission "indicated that government forces and shabiha have committed acts of sexual violence against men, women and children."

The U.N.'s deputy envoy for Syria, Jean-Marie Guehenno, told the Human Rights Council that the violence in Syria has "reached or even surpassed" levels seen before the April 12 cease-fire agreement and that the peace plan forged by Annan "is clearly not being implemented."

Growing numbers of Syrians also are being targeted in the country's conflict on account of their religion, said commission member Karen Koning AbuZayd, a U.S. citizen and former head of UNRWA, the U.N. agency that aids Palestinian refugees.

"Where previously victims were targeted on the basis of their being pro- or anti-government, the Commission of Inquiry has recorded a growing number of incidents where victims appear to have been targeted because of their religious affiliation," said the panel's report delivered to the Council.

Fayssal al-Hamwi, the Syrian ambassador in Geneva, charged that the allegations against the government are "quite fantastic." Then calling the council meeting blatantly political, he said he no longer wished to participate and strode out as if in protest. He also suggested Syria might reduce its longer-term cooperation internationally.

Annan said he sent invitations for the Saturday summit to the five veto-wielding permanent members of the U.N. Security Council — Britain, China, France, Russia and the United States — plus Turkey, Iraq, Kuwait and Qatar, and the European Union.

The U.S. has been adamantly opposed to Iran taking part, while Russia supported its inclusion. The invitations also included the secretary-generals of the U.N. and the League of Arab States.