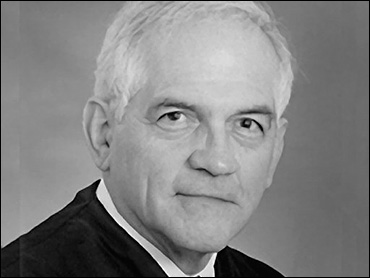 The Bush administration's decision to sometimes bypass the secretive U.S. court that governs terrorism wiretaps could threaten cases against terror suspects that rely on evidence uncovered during the disputed eavesdropping, some legal experts cautioned.

These experts pointed to this week's unprecedented resignation from the government's spy court by U.S. District Judge James Robertson as an indicator of the judiciary's unease over domestic wiretaps ordered without warrants under a highly classified domestic spying program authorized by President Bush.

Neither Robertson nor the White House would comment Wednesday on his abrupt resignation from the Foreign Intelligence Surveillance Court, the little-known panel of 11 U.S. judges that secretively approves wiretaps and searches in the most sensitive terrorism and espionage cases. But legal experts were astonished.

"This is a very big deal. Judges get upset with government lawyers all the time, but they don't resign in protest unless they're really offended to the point of saying they're being misused," said Kenneth C. Bass, a former senior Justice Department lawyer who oversaw such wiretap requests during the Carter administration.

"This was definitely a statement of protest," agreed Scott Silliman, a former Air Force attorney and Duke University law professor. "It is unusual because it signifies that at least one member of the court believes that the president has exceeded his legal authority."

Robertson's surprise resignation added to a chorus of pointed questions in Washington over the propriety of the surveillance, which the White House said had successfully detected and prevented attacks inside the United States.

The chairman of the Senate Judiciary Committee, Arlen Specter, R-Pa., said he intends to begin oversight hearings in January to assess the stated justifications for the spying.

"When the attorney general says the force resolution gives the president the power to conduct these surveillances, I have grave doubts about that," Specter said.

Separately, the ranking Democrat on the House Intelligence Committee, Jane Harman of California, said she was informed about the program in 2003 and believes it is "essential to U.S. national security." But Harman also complained it was inappropriate for the White House to discuss the secret program only with leaders of the intelligence committees.

Rep. Peter Hoekstra, R-Mich., the committee chairman, said he participated in at least six briefings on the spying program since August 2004. He said he is comfortable the surveillance was aimed at al Qaeda terrorists and people associated with al Qaeda inside the United States. Hoekstra also said lawmakers who were notified about the surveillance won't resign like Robertson.

Under the spying program, secretly authorized by Mr. Bush in October 2001, the National Security Agency was permitted to eavesdrop without a judge's approval on communications between suspected terrorists overseas and people inside the United States.

Officials have said they only performed such wiretaps when there was a reasonable basis to conclude that the conversation included a suspected terrorist and one party was overseas. Citing national security, officials have declined to say how many times they have done so.

A court-approved wiretap under traditional surveillance law requires a higher legal standard, demonstrating probable cause to the spy court that the target is an agent of a foreign power, such as a terrorist group. That law also says no such wiretaps can be performed except under its provisions.

Since the 2001 attacks on New York and Washington, the government has focused on preventing and disrupting attacks rather than building court cases against suspected terrorists. But experts cautioned that future legal prosecutions could be tainted if evidence was uncovered about a terror plot using a wiretap determined to be improper.

"Imagine if there is evidence critical to a criminal prosecution and the defendant challenges the evidence because it is constitutionally suspect," said Beryl Howell, former general counsel for the Senate Judiciary Committee. "It could jeopardize any criminal case."