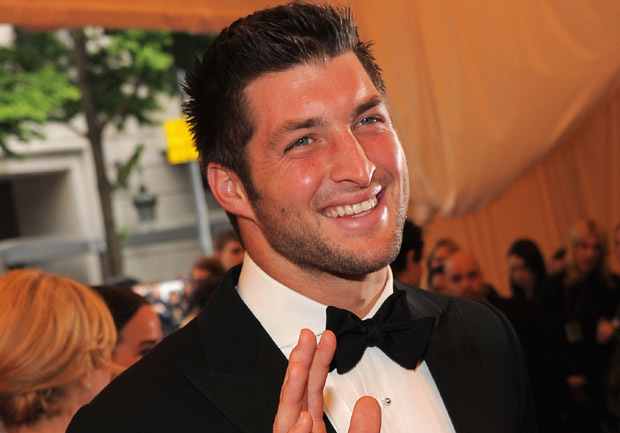 NEW YORK Even on the unemployment line, Tim Tebow remains a popular presence.

The former Jets quarterback, cut by New York last week after one disappointing season and now a free agent, was selected as America's most influential athlete, according to a survey released Monday by Forbes.com.

Tebow had the most influence on fans, according to 29 percent of respondents, finishing ahead of Olympic swimmer Michael Phelps (25 percent), Jamaican track star Usain Bolt (23 percent) and Yankees shortstop Derek Jeter (22 percent).

Forbes.com used surveys from Nielsen and E-Poll Market Research to determine the winner, and took into account Nielsen's measurement for a player's endorsement potential.

The next-closest NFL player was Denver's Peyton Manning, who replaced Tebow with the Broncos last offseason and finished fifth in the survey.

Meanwhile CBS New York reported that a petition by some Jaguars fans asking President Barack Obama to flex his muscle in the Tebow-to-Jacksonville campaign received a few hundred signatures before being removed from the White House's "We The People" website because "it is in violation of our Terms of Participation."

The petition stated that if the Jaguars "sign & START Tebow, home games will be sold out, sales will spike, the team will win and the fans will be happy."

Used primarily as a personal punt protector on special teams, Tebow completed six of just eight passes for 39 yards in 2012. He also rushed the ball 32 times for 102 yards. He never found the end zone in his lone season with the Jets.