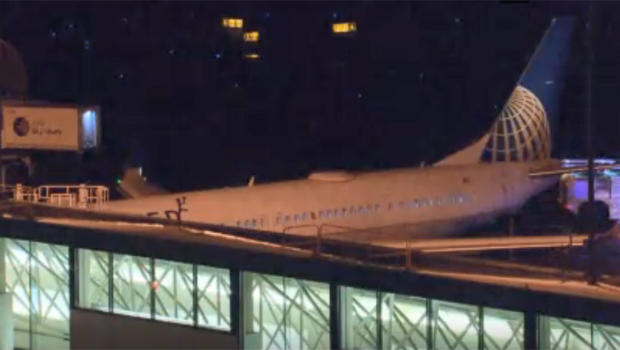 Fire, police and emergency crews were on scene awaiting the flight's landing, which was shaky, but without sparks or smoke, the station says.

Passengers told KOIN  they felt something pop during takeoff.

"When we were taking off out of Newark, the plane kind of shuddered as the nose lifted. After that, everything was fine. About 90 minutes before we landed, the crew came out, made sure everyone was awake. Told us we were going to have a problem with the landing gear and to prepare for the worst," Kyle Hobbs says.

The flight crew went over how to properly brace themselves and had four passengers move seats so they could help with an emergency slide, if necessary.

"We received word of an aircraft inbound reporting an issue and we had crews standing by to assist," PDX spokesperson Kama Simonds says.