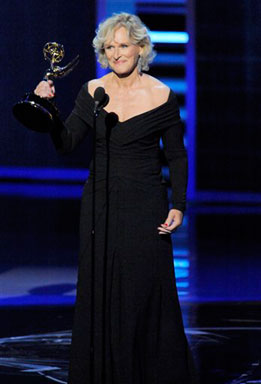 A day into a bankruptcy reorganization that the company warns will bring wrenching change, United Airlines laid the groundwork Tuesday for meetings with its unions and reassured customers the carrier will keep flying.

United sent a team of labor executives to Boston for a meeting with advisers to its unions. Company spokesman Joe Hopkins said the meetings were intended to set the stage for broader talks with unions about management's plans in bankruptcy.

United made clear in its Chapter 11 bankruptcy filing Monday that it will seek steep cost cuts soon in order to begin its turnaround in bankruptcy. The unions haven't been given specific terms, and the airline said there were no plans yet for a meeting with a coalition of union leaders, which CEO Glenn Tilton had suggested would occur Tuesday.

Meanwhile, Tilton went to Denver where he shook hands with passengers at Denver International Airport and thanked them for flying United. He also thanked United workers for helping the company work through its problems.

"Denver's our No. 2 hub," Hopkins said. "It's demonstrating his leadership of the company and staying in touch with our employees and also the customers of United Airlines."

During brief remarks to reporters between meeting employees, Tilton made it clear that more job cuts are likely soon.

The airline ran full-page ads in newspapers in major U.S. markets on Tuesday to persuade passengers not to give up on United. "There's one thing we all feel very strongly about at United," said the ads, headlined "Chapter 1. Our future."

Separately, United issued a statement saying the federal bankruptcy court's approval Monday of its interim financing will enable it to continue operations as promised.

Chief Judge Eugene R. Wedoff approved an order giving United access in 11 days to $800 million of a $1.5 billion loan package. Wedoff will rule on whether United gets the balance after creditors and other interested parties have a chance to object. The judge scheduled a hearing on the issue for Dec. 30.

United also went into bankruptcy with about $800 million in unrestricted cash.

It has to meet strict requirements, including cost cuts, in order not to default on the interim financing package, which consists of a $300 million facility from Bank One and a $1.2 billion loan from a group that is led by J.P. Morgan Chase and Citibank and also includes CIT Group and Bank One.

On Monday, United and its attorneys cautioned of sharp cuts ahead and analysts raised the specter of liquidation if its moves in bankruptcy don't go smoothly.

United attorney James Sprayregen said the airline will try to reduce labor costs and work with unions to make the pain as minimal as possible. But he said the airline faces "profound and agonizing change."

United's filing for Chapter 11 bankruptcy, the sixth largest by any company and the biggest in aviation history, came less than a week after the federal government rejected a plea for financial assistance.

The bleak numbers in United's petition, filed before dawn Monday in U.S. Bankruptcy Court in Chicago, underscored what the company portrayed as an urgent need to slash costs. The nation's No. 2 airline said it has been losing $20 million to $22 million a day in recent weeks, much worse than previously reported.

United did not specify the cuts to be made in a bankruptcy that Tilton expects to last about 18 months, but they are certain to include reducing the number of flights, dropping unprofitable routes and slashing wages.

Shares in United parent UAL Corp. continue to be traded in bankruptcy and were up 16 cents to $1.09 Tuesday at midday on the New York Stock Exchange.