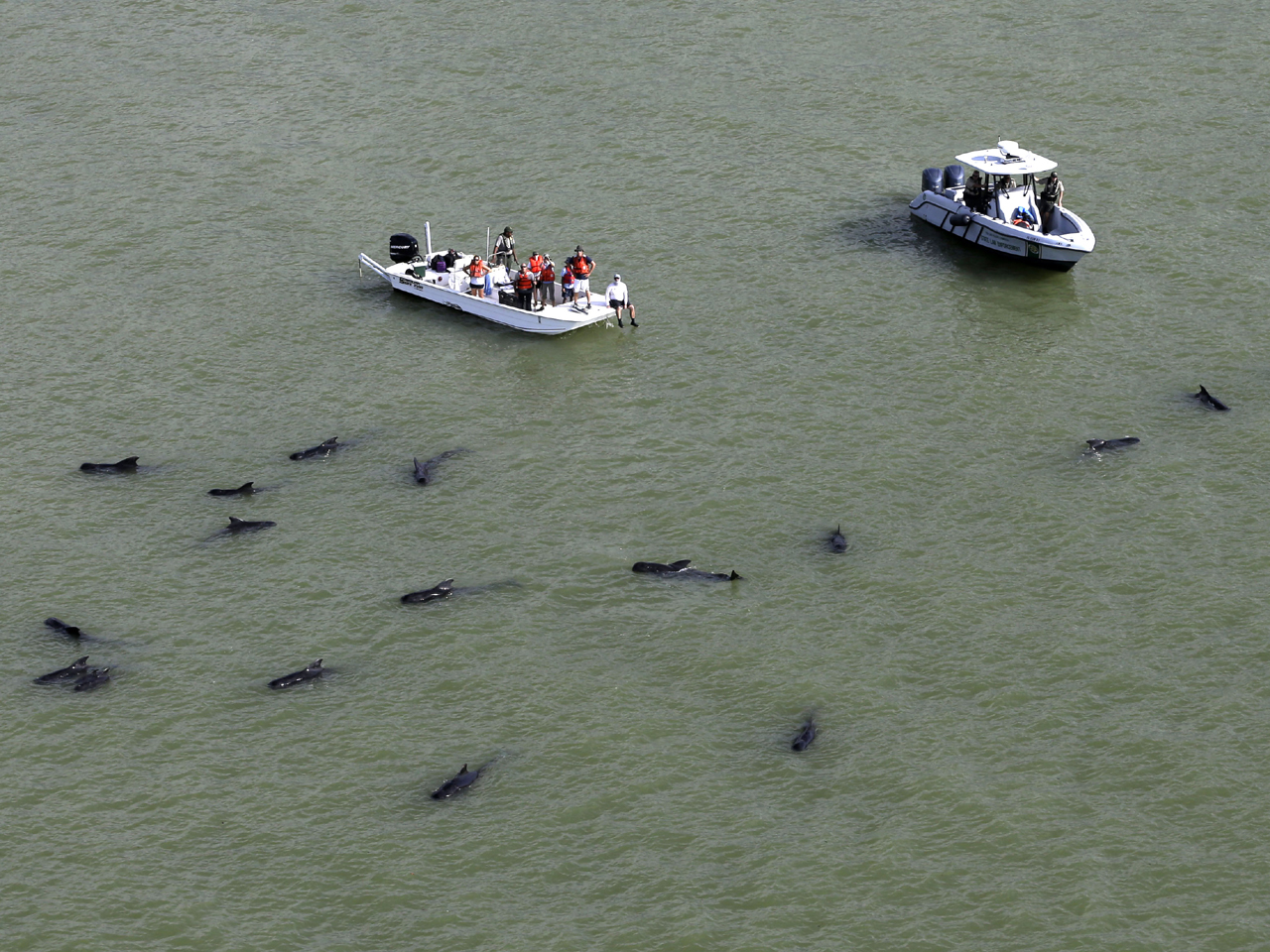 EVERGLADES NATIONAL PARK, Fla. - Wildlife officials say as many as 20 pilot whales in danger of stranding in Florida's Everglades National Park are swimming into deeper water.

Blair Mase of the National Oceanic and Atmospheric Administration said Thursday that a Coast Guard helicopter spotted the two pods of whales swimming several miles north of their previous location. The whales were in about 12 feet of water.

Mase tells reporters that wildlife workers plan to try using noise such as banging on pipes and revving boat engines to herd the whales out to the open ocean Thursday.

At least 10 whales have died since the mass stranding was discovered Tuesday.

Six died before they could be nudged off the sand; four more had to be euthanized.

"Some of the individuals are very close to death, and medically, it's the most humane thing to do, particularly if they can't be rescued," James Powell, executive director of the Sea to Shore Alliance, told "CBS This Morning."

Short-finned pilot whales are common in the warm, deep waters of the Gulf, reported correspondent Anna Werner. The highly social marine mammals are usually found swimming in tightly-knit pods of 20 to 50 animals.

"They are very, very reluctant to leave some of their members behind," Powell told CBS News. "And they will stay there, even to, as a consequence, that they become sunburned, dehydrated, starve, and eventually die themselves."

This particular species is notorious for mass strandings in Florida.

In 2012, 22 pilot whales beached themselves at Fort Pierce. Another 21 were stranded on Cudjoe Key in 2011. Most of the whales in those incidents did not survive.