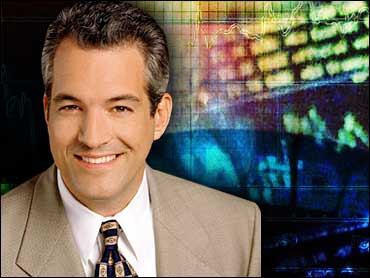 Tired of seeing their investments lose money, many Americans have taken their savings out of the stock market. But it just may be time to trust the market again, according to The Early Show's financial advisor Ray Martin.

To benefit from the upswing Martin provides some financial tips on Wednesday's The Early Show.

After three years of bad news, many Americans may have assumed they're going to open their 401(k) statements or other investment reports and see that they've lost money. Martin, however, says a variety of signs are pointing to an economy performing well such as consumer spending is up, consumer confidence is up, business spending is up and corporate profits are up.

Martin says the U.S. economy is sitting on the ground, but it's primed for take-off.

When looking at the market's performance year-to-date, Martin says it's impossible not to trust the gains. Looking at graphs of the Dow, S&P and Russell 2000 (which charts small companies, many of which are tech companies) is the clearest way to illustrate the health of the market. The Dow is up 15 percent this year. The S&P is up 17 percent. The Russell 2000 is up 32 percent.

Martin is not telling investors that the stock market is "safe." He says investors always take a risk in the market. But, investors do face a smaller risk of losing money now than in recent years.

If you pulled money out of the stock market and still have it somewhere "safe," you have missed some market gains. During the third quarter of the year, the economy grew a record 7.2 percent -- the fastest growth since 1984. But that doesn't mean you've missed out completely.

Martin explains America is now in a "recovery phase." Typically, recovery lasts 18 months to three years before heading into a full expansion. That means there is opportunity for continued growth and opportunity for making money in the market.

A recent article in "Kiplinger's" about tech stocks concluded with this line: "If you rode the tech wave this year, congratulations. Get ready to jump off soon." Martin agrees. Despite what the Russell index shows, technology stocks and other small companies are not the place to put your money now.

The stocks that were beaten up the most during the bear market were small, risky companies such as Internet and technology companies. As the economy begins to turn around, investors are realizing that these companies were probably devalued too much.

Now, their stock prices are rising faster than those of other companies so that the stock prices reflect the true value of the companies.

Martin believes we're not going to see much more growth from these companies. You want to invest for where the market is going to be tomorrow, he says.

Martin recommends the following for those ready to jump back into the market: