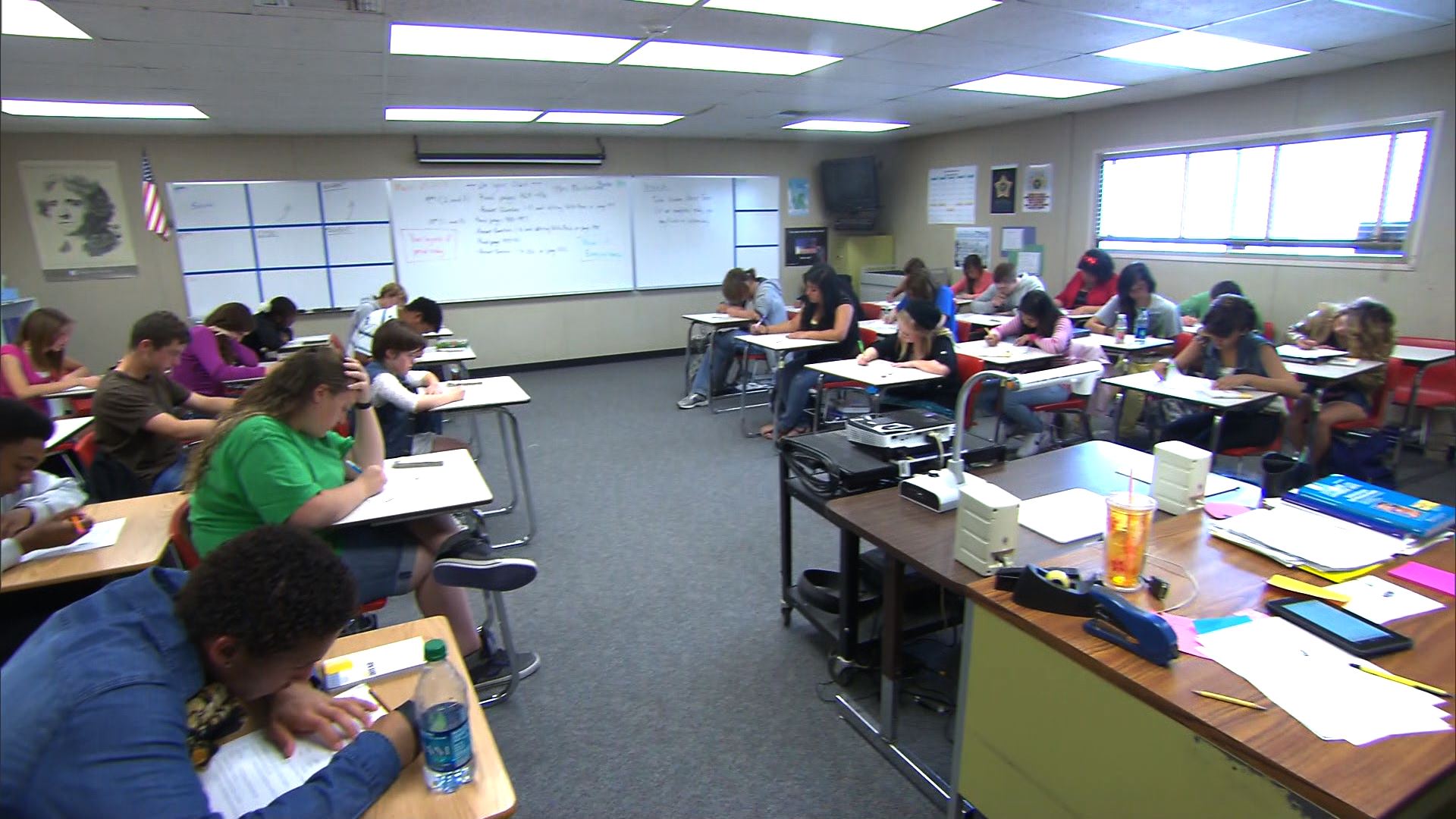 WASHINGTON -- Public school students in the nation's largest cities are improving their performance in reading and math faster than their counterparts in suburban and rural schools, according to federal data released Wednesday. The biggest gains by far were in the nation's capital.

The results from the 21 urban school districts measured by the National Assessment of Educational Progress - known as the "Nation's Report Card" - show that while students in poor, urban districts still fall short of national averages, the gap has narrowed over the past decade.

But even within districts showing improvement, there remains a chasm between the best schools and the worst on their own assessments. In Washington, for instance, one public school boasts 100 percent of students meet high school math standards or exceed them; a half-mile away, another school shows 95 percent of students come up short.

The participating school districts volunteered to be part of the federal testing program, which is congressionally mandated to gauge how students are performing using a uniform measure. Participating districts must have a minority student population of at least 50 percent, and at least half of the students must be eligible for free or reduced-priced lunches, a measure of poverty.

Students are tested in reading and math in both fourth and eighth grades. Over the past 10 years, the gap between large cities and the nation has narrowed by roughly one-third in both grades and both subjects.

"This progress is encouraging," Education Secretary Arne Duncan said in a statement. "It means that in 2013, tens of thousands of additional students in large cities are proficient or above in math or reading than was the case four years ago."

Some of the districts that have seen steady improvement - including New York and Washington - have implemented aggressive school-reform policies, including teacher evaluations based in part on classroom performance. But Michael Casserly, executive director of the Council of the Great City Schools, said the results should not be seen as an endorsement of any particular ideology.

"I think what it's an endorsement of is more rigorous and more high-quality instruction in urban classrooms," he said.

Between 2011 and 2013, the biggest gains occurred in Washington, which was the only city to improve faster than the nation in reading and math in both fourth and eighth grades.

While the district's math scores have improved steadily over the past decade, its reading scores were flat from 2007 to 2011, providing ammunition to critics of polarizing former chancellor Michelle Rhee and her mass firings of teachers for poor performance.

Chancellor Kaya Henderson, who succeeded Rhee in 2010, credited an overhaul of the city's curriculum and a focus on literacy across subject areas.

"We are actually shifting our work to the not-sexy stuff. We're bringing the revolution to the classroom. We're changing what we're teaching and learning," Henderson said. "It's not as sound-bitable as 'DCPS just fired 250 teachers,' so I'm not surprised that it hasn't gotten the same level of attention."

The demographics of Washington's school system have changed markedly in the past decade, with an influx of white and Hispanic students and a decrease in the number of African-Americans. But close analysis of the data shows that changing demographics have little to do with the increases, Casserly said.

Washington continues to struggle, however, with a wide achievement gap between white and black students. The gap is the largest of all the tested cities.

And even among schools with similar racial makeups, there is uneven opportunity for students. For example, the competitive-admission Benjamin Banneker High School in Washington had all students meet or exceed high school math standards last year on district-administered tests. A 12-minute walk around the corner, 47 percent of students at Washington Metropolitan High School scored below basic in math skills and 48 percent posted basic scores - both categories below what is considered necessary to succeed.

Both schools are majority African-American and have about the same average class size, according to district profiles.

Washington is one of three participating school districts - along with Houston and Atlanta - that have endured cheating scandals on standardized tests in recent years. But federal officials say it is near-impossible to cheat on the NAEP tests, which are administered by federal contractors rather than by school districts. Students in the same classrooms receive different questions, and the tests include questions that test concepts rather than material that can be memorized. There is also little incentive to cheat because the results are not used to evaluate students, teachers or administrators.

- Atlanta students' scores have improved more than those in any other city tested since the program began in 2002, in both subjects and at both grade levels. In fourth-grade reading, the percentage of Atlanta students found to be proficient or better exceeded the large-city average.

- New York has enjoyed steady improvement in all four categories since 2002, a period that coincides with Michael Bloomberg's tenure as mayor, although the scores have mostly leveled off since 2009. Proficiency rates in New York are higher than the national large-city average in both fourth-grade subjects.

- Los Angeles schools made progress in all four categories over the past two years and improved faster than the nation in three of the four. However, Los Angeles students' proficiency rate remains lower than the large-city averages across the board.

- Chicago students have improved steadily over the past decade with the exception of eighth-grade reading.

- Fresno, Calif., joined Washington as the only districts that made a major jump in eighth-grade math over the last two years.

- Detroit schools have shown little improvement since the city joined the program in 2009. Just 4 percent of Detroit fourth-graders and 3 percent of eighth-graders were proficient in math, compared with 33 percent and 27 percent, respectively, in the average large city.