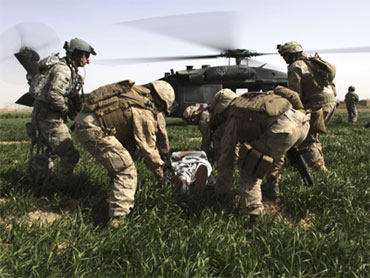 The State Department says that Afghan civilians continued to bear the brunt of a spike in violence in their country last year.

In its annual human rights report released Thursday, the department also said the Iraqi government or its agents were reported to have committed arbitrary killings in 2009.

"The principle that each person possesses equal moral value is a simple, self-evident truth, but securing a world in which all can exercise the rights that are naturally theirs is an immense practical challenge," Secretary of State Hillary Rodham Clinton said in presenting the report.

The report said almost one-third of Afghanistan was plunged into armed conflict and said the growing violence hurt the government's ability to protect people in rural areas.

The United States wants to reduce civilian deaths in Afghanistan, which spark anger at the American-led forces' inability to provide security after more than eight years of war.