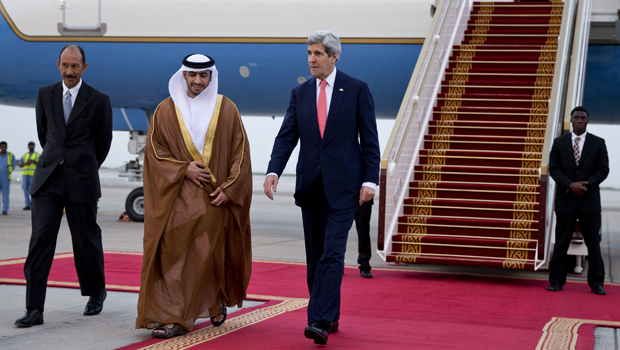 The U.S. ambassador to the United Arab Emirates, Michael Corbin, has been racking up speeding tickets, misusing a government credit card and contributing to low morale among his staff, according to a recently released report by the State Department's inspector general.

A State Department spokesperson told CBS News that department officials disagree with some of the inspector general's recommendations and say they "believe the report contains some poorly substantiated assertions and take issue with several of the report's statements."

The State Department says it is reviewing the report and will formally respond to the inspector general. CBS News made numerous requests for comment from Corbin but has not received a response.

The report says that in the past three years, Corbin received a "large number of speeding fines" during periodic trips to Dubai. Later, the inspector general notes, Corbin asked the UAE to pardon the fines. The inspector general recommended that embassy staff stop asking for "special handling of traffic fines."

The report criticized Corbin's leadership saying he failed to focus on his staff and the internal workings of the embassy. It says that Corbin's focus on business development left the rest of the embassy's mission "adrift."

The U.S. embassy staff in Abu Dhabi has grown sharply from 80 to 550 in the past 10 years. The report says Corbin's growing staff "rated him below average in every leadership category" and says morale is low.

Corbin was sworn in as the ambassador to the UAE in July 2011, after having served in the U.S. Foreign Service for more than 25 years.

The report did have some praise for Corbin's leadership, giving him credit for significantly contributing to an increase in U.S. exports to Abu Dhabi.