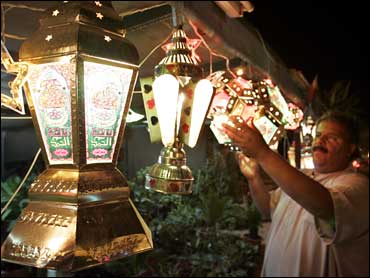 The United States has signed an accord with Jordan aimed at supporting the peaceful development of the kingdom's nascent nuclear program, the U.S. Embassy said Sunday.

The agreement comes at a time of heightened tensions over Iran's nuclear program, which the U.S. suspects is a cover for weapons development but Tehran insists is for peaceful purposes.

U.S. Secretary of Energy Samuel Bodman and Jordanian Minister for Scientific Research Khaled Toukan signed the memorandum of understanding on the sidelines of a nuclear energy summit in Vienna, Austria.

Under the agreement, "the two countries will work together to develop requirements for appropriate power reactors, fuel service arrangements, civilian training, nuclear safety, energy technology and other related areas," the U.S. Embassy said in a statement.

Jordan's King Abdullah II announced his intention to develop a peaceful nuclear program in January, saying alternative energy sources were needed to generate electricity and desalinate water in the kingdom.

Jordan has signed the Nuclear Nonproliferation Treaty and has long called for a Middle East free of weapons of mass destruction.

Last month, Toukan said nuclear energy would constitute 30 percent of the energy produced in Jordan by 2030 and convert the kingdom into an energy exporter, based on studies his ministry conducted.

The United States is also giving Jordan an additional $78 million this year to boost its efforts to combat terrorism and improve education and health services in communities that have received a large influx of Iraqi citizens, the U.S. Embassy said.

The money, which will be disbursed by Sept. 30, is in addition to $454 million in economic and military aid already appropriated this fiscal year for Jordan.

Jordan and Syria host the largest percentage of the more than 2 million displaced Iraqis, and complain of the increasing burden on their health and education systems. Smaller numbers of Iraqis have fled to Lebanon, Egypt and Turkey.