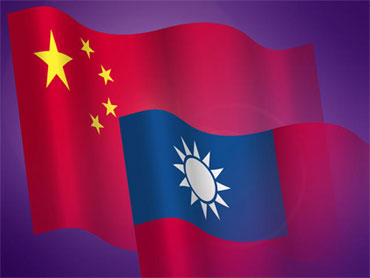 In a move sure to aggravate already tense U.S.-China ties, the Obama administration announced Friday plans to sell $6.4 billion in arms to Taiwan, the self-governing island China claims as its own.

The notification to the U.S. Congress, posted on a Pentagon Web site, includes Black Hawk helicopters, Patriot Advanced Capability-3 missiles, mine hunters and information technology. Congress has 30 days to comment before the plan proceeds; senior lawmakers have traditionally supported such sales.

Taiwan is the most sensitive matter in U.S.-China relations, with the potential to plunge into conflict two powers increasingly linked in security and economic issues. The United States is Taiwan's most important ally and its largest arms supplier.

The United States, which only told China of the sale hours before the announcement, acknowledged Friday that Beijing may retaliate by cutting off military talks with Washington, something that happened after the Bush administration announced a multibillion dollar sale to Taiwan in 2008.

Wang Baodong, a spokesman for the Chinese Embassy in Washington, said in an interview that Beijing will lodge a formal protest against the U.S. decision. Asked if China would halt military talks, he said, "Let's wait and see."

"We strongly request that the U.S. side correct the wrong action, so as to avoid further damaging Chinese-U.S. relations," Wang said. "The Taiwan question and the arms sale issue bear on China's sovereignty and territorial integrity, so this is a very serious problem."

China has threatened to invade should Taiwan ever formalize its de facto independence.

Despite its size, the U.S. weapons package dodges a thorny issue: the F-16 fighter jets that Taiwan covets are not included. Senior U.S. officials said they are aware of Taiwan's desire for F-16s and are assessing Taiwan's needs.

The sale satisfies parts of an $11 billion arms package originally pledged to Taiwan by former President George W. Bush in 2001. That package has been provided in stages because of political and budgetary considerations in Taiwan and the United States.

The arms sale package will test the Obama administration's China policy, which U.S. officials say is meant to improve trust between the countries, so that the inevitable disagreements over Taiwan or Tibet don't reverse efforts to cooperate on nuclear standoffs in Iran and North Korea, and attempts to deal with economic and climate change issues.

China aims more than 1,000 ballistic missiles at Taiwan; the U.S. government, on the other hand, is bound by law to ensure the island is able to respond to Chinese threats.

The United States and China have been strengthening military and diplomatic ties, and U.S. officials hope that relations are mature enough that the powers can "agree to disagree" about arms sales to Taiwan without the action destroying improved ties.

President Barack Obama's national security adviser, Jim Jones, said Friday that both Washington and Beijing do things "periodically that may not make everybody completely happy."

But Jones told an audience at the Center for Strategic and International Studies think tank that the United States is "bent toward a new relationship with China as a rising power in the world."