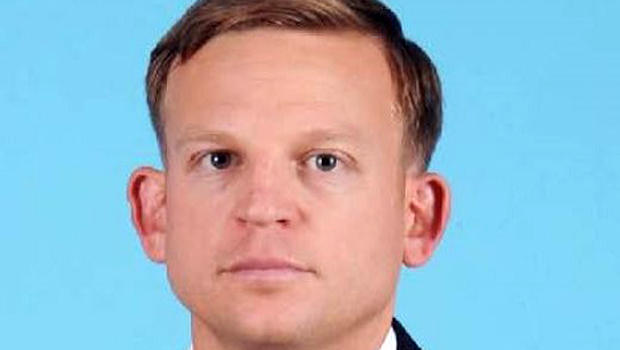 BERLIN -- The U.S. Army says a soldier who was deployed to Europe as part of a mission to reassure eastern European allies has been found dead in Germany. The Atlantic Resolve mission said Tuesday that 1st Sgt. Nicholas S. Amsberry was found near a train station in the German town of Parsberg, and emergency services pronounced him dead at the scene.

It said in a statement that the cause of the 34-year-old's death on Sunday is currently under investigation.

Amsberry, who was originally from Mesa, Arizona, was deployed to the Joint Multinational Readiness Center in nearby Hohenfels. He was with the 1st Infantry Division and was sent to Europe in September as part of Atlantic Resolve, a mission meant to reassure eastern allies after Russia's annexation of Ukraine's Crimean Peninsula.

"He was a highly-respected leader in our organization, and he will truly be missed," Lt. Col. Peter Moon, commander of Amsberry's batallion, said in a statement. "We will continue to be there for his family and his Soldiers throughout this difficult time."

Amsberry's deployment in Europe was scheduled to last nine months. He entered the Army in 2003 as an infantryman.