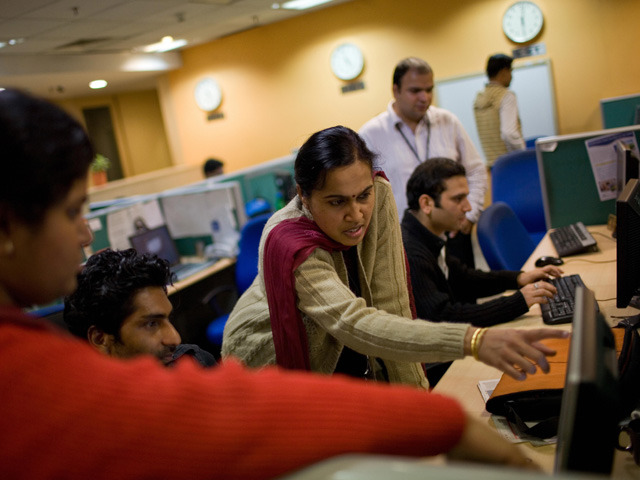 Fresh from his party losing control of the House of Representatives in this week's election, President Obama has landed in India with one main goal — to get the economy back on track through the creation of jobs back home.

Writing in today's New York Times, the President laid out his agenda: "I set a goal of doubling America's exports in the next five years. To do that, we need to find new customers in new markets for American-made goods. And some of the fastest-growing markets in the world are in Asia, where I'm traveling this week."

The symbolism of India as a first stop cannot be overlooked. With eight percent economic growth, the world's largest democracy is becoming a major partner for U.S. firms and a growing economic power. "With an ever-expanding consumer market of 1.2 billion individuals, India represents a tremendous opportunity for U.S. firms to expand their output of goods and services," said a White House statement on the trip.

One of the first economic accomplishments of the trip was the announcement that the U.S. has begun the sale of 10 Boeing C-17 military cargo planes to India. The deal, worth more than $5 billion, will mean 22,000 jobs in America — the planes are made in Long Beach, Calif., with parts coming from hundreds of suppliers across the country.

Even before the President landed, though, U.S. CEOs laid out the groundwork for the visit in a briefing for the press.

"He wouldn't be here if he didn't think the role and the opportunities for American business [were] strong," said Terry McGraw, the chairman, president and CEO of McGraw-Hill Companies.

Dave Cote, chairman and CEO of Honeywell, said expansion in India, and the outsourcing of U.S. jobs to Indian call centers, does not mean jobs are not grown in the States. "Economics is not a zero-sum game, we end up growing everywhere," he said. "We've started [adding] as we've started growing."

Paul Hanrahan, the CEO of the global power company AES Corporation, said that overseas expansion means jobs at home. "The way we create jobs is by taking advantage of expanding markets. Where we expand into a new market, there are jobs created in the U.S. I think we need to keep that in mind — that investment overseas is also something that benefits U.S. companies," he said.

But one CEO warned that America needs a long-term job growth strategy.

"Jobs don't happen because you want them," said Indra Nooyi, the chairman and CEO of PepsiCo, which is the largest food and beverage provider in India. She said she hopes for a long-term business plan for the country, "to keep a base of employment going through the future, [to] figure out how we prepare a long term plan for the country so we can grow the country's manufacturing base in a very deliberate way."

In the end, this trip for the president and American companies therefore is to expand into new markets, creating jobs everywhere.

"Hundreds of business people are here looking for those opportunities," said McGraw.