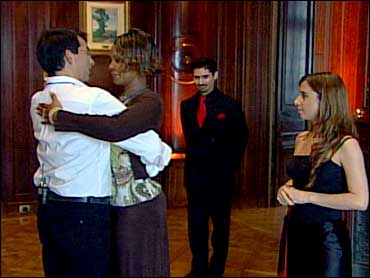 The head of the U.S. consumer protection agency announced her resignation on Wednesday, ending a political battle over the post and making way for the Bush administration to nominate its own candidate.

"I had been planning all along to leave. I do think that President Bush is entitled to have his own chairman in place, but I did not want to leave the agency rudderless without a chairman," said Brown, a Democrat.

She urged the president to "pick someone who shares his philosophy and believes in the mission of this agency."

Mr. Bush had nominated Mary Sheila Gall to replace Brown at the head of the three-member commission. But last week, the Senate Commerce Committee cast a party-line vote to reject her confirmation, with all Democrats lining up against Gall.

In the wake of that vote, the White House and Senate Republicans had been considering how they might still elevate Gall or at least replace Brown with someone more to Mr. Bush's liking.

Gall remains on the commission. The current vice chairman, Thomas Moore, supported Gall's bid to head the agency and could become chairman if no one is confirmed by the time Brown leaves.

A senior administration official, speaking on condition of anonymity, had said last week that Mr. Bush does not want Brown, an ally of Sen. Hillary Rodham Clinton, D-N.Y., to continue serving.

Mr. Bush, working on a Habit for Humanity project in his home state of Texas, refused to answer reporters' questions about it Wednesday, saying he wasn't going to talk about it.

Brown said she had been planning to leave even before the controversy surrounding Gall, even though her term is not up until 2006. She plans to establish a consumer protection foundation.

The CPSC, created by Congress in 1972, oversees about 15,000 types of products and enforces mandatory rules and product bans. Originally it was a five-member body but in recent years Congress has provided funds for only three members.

© MMI, CBS Worldwide Inc. All Rights Reserved. This material may not be published, broadcast, rewritten, or redistributed. The Associated Press and Reuters Limited contributed to this report