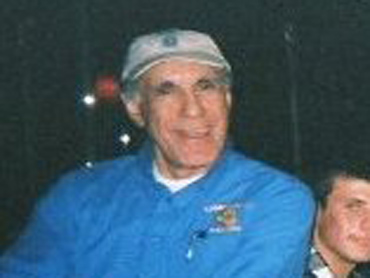 The California family of an Iraqi-American contractor said to have been kidnapped in Baghdad is rejoicing over his release.

The family of 60-year-old Issa Salomi told the Associated Press in San Diego on Saturday that they had spoken to him on Friday, but the Defense Department asked them to keep quiet until they gave official word of his release.

Mura Salomi, Issa's wife of 30 years, said she did not believe she would ever see her husband again. She said he asked for her homemade tabbouleh when he returns to the United States. The family expects him next week.

A Shiite extremist group claimed responsibility for the Jan. 23 kidnapping. A Department of Defense statement Saturday said only that Salomi was back under military control, but gave no details on his disappearance or return.

The statement said the circumstances of the case are under investigation.

An Iraqi defense official said in February that Salomi was kidnapped by militiamen who lured him into central Baghdad by promising to help find distant relatives.

A Shiite extremist group had claimed responsibility for the kidnapping and posted a video online that showed a man wearing military fatigues, reading a list demands for the release of militants, the prosecution of Blackwater guards and an immediate U.S. troop withdrawal.

The same group was believed to be behind the kidnapping of British computer consultant Peter Moore in May 2007 along with his four British bodyguards. Moore was handed over to Iraqi authorities in late December. Three of the bodyguards were killed and the fourth is believed dead.

It was unclear after Salomi's disappearance whether he was taken as part of a terrorist scheme. A U.S. intelligence official at the time said initial investigations indicated he was abducted by criminals for revenge or money.
By Associated Press Writer Elliot Spagat