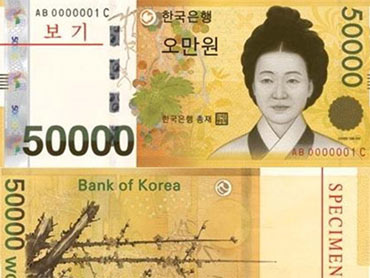 An American diplomat based in South Korea fled to the Philippines after facing charges that he swindled a local woman out of nearly $200,000, police in the southern city of Busan said Monday.

The suspect, a 50-year-old official with the Department of Homeland Security, is accused of taking 220 million won ($194,000) from a widow he had known since 2007. He allegedly told her the money would go toward building a school in the Philippines and promised her a high return on the investment, Busan Haeundae police said.

An investigation later found he had no business plan and gambled her money away, officer Nam Geun-chan said.

The suspect confessed during questioning in November but secretly fled the country on March 3, two days before U.S. authorities were to strip him of diplomatic immunity, Nam said.

The man, who was not identified, had worked in customs in Busan, about 280 miles southeast of Seoul, screening U.S.-bound export items, Nam said. He had been granted diplomatic immunity in South Korea because he was considered a diplomat, Nam said.

The U.S. Embassy in Seoul confirmed Monday that the suspect left the country without informing officials.

"We have worked very closely with the Korean authorities on this case and will continue to do so until we resolve this situation," embassy spokesman Aaron Tarver said. He didn't elaborate.

If convicted, the suspect could face up to 10 years in prison in South Korea.