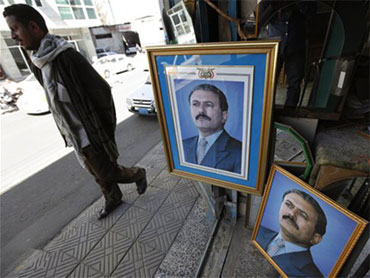 The U.S. Embassy in Yemen reopened Tuesday after a two-day closure, saying successful Yemeni counterterrorism operations have addressed the threat that prompted the measure.

The embassy shut down because of an imminent al Qaeda attack. In an announcement on its Web site, the embassy said the Yemini operations have allowed it to resume operations.

The reopening comes a day after Yemeni security forces clashed with al Qaeda fighters, killing two, in the latest sign the embattled, longtime president is making good on vows that his country will cooperate with the United States in fighting the terror network.

Washington is embracing Yemeni President Ali Abdullah Saleh in the battle against al Qaeda's offshoot here. With an injection of U.S. counterterror aid and help for its security forces, Yemen's government has vowed in recent weeks to work with the U.S. in stamping out the estimated hundreds of al Qaeda fighters who have built up strongholds in the country's remote regions. Last month, with U.S. help, it carried out its heaviest strikes in years against al Qaeda hideouts, claiming to have killed 30 militants.

The renewed determination brought praise Monday from U.S. Secretary of State Hillary Rodham Clinton. "The United States commends Yemen for the recent actions it has taken to disrupt (al Qaeda) networks and we are reiterating our commitment to assist in those efforts," she said.

Among them was Nazeeh al-Hanaq, a senior figure on Yemen's most wanted list. He escaped, but two fighters with him were killed, the officials said, speaking on condition of anonymity because they were not authorized to talk to the press.

The battle came as the U.S. and British embassies in San'a were shut down for a second day Monday after threats of an imminent al Qaeda attack. Other Western embassies took similar steps Monday: The French and Czech embassies were closed to the public, while the Spanish and German embassies limited the number of visitors, their governments said.

While the U.S embassy reopened Tuesday, it said the threat of terrorist attacks against American interests remained high and urged its citizens in Yemen to be "vigilant and take prudent security measures."

The fight against al Qaeda took on greater urgency after the failed Christmas attempt to bomb an American passenger jet.

For the U.S., the situation in Yemen raises parallels with Iraq and Afghanistan, where Washington has had to go beyond military action to infuse economic help while pushing political reform on sometimes reluctant political leaders in hopes of undermining support for militants.

Observers warn that Saleh's 31-year rule is buckling under the weight of multiple crises, deep poverty and widespread corruption. The government has full control only around the capital, leaving much of the mountainous nation to heavily armed tribes, some of which have given refuge to al Qaeda fighters.

"Saleh is facing the most difficult time of his presidency," said Ali Seif Hassan, director of a Yemeni organization that mediates government-opposition dialogue.

"Now he faces the decision whether to keep going as he has, all the way to becoming a failed state, or to make the hard choices to avoid that," he said.

Over the weekend, President Obama vowed that his administration has "made it a priority to strengthen our partnership with the Yemeni government - training and equipping their security forces, sharing intelligence and working with them to strike al Qaeda terrorists."

The United States hiked its counterterrorism aid to Saleh's government, from none in 2008 to $67 million last year - an amount Washington says will double in 2010.

But Saleh's government says the United States and other nations must also provide economic aid to tackle deepening poverty that it says fuels support for al Qaeda among Yemen's swelling population of 22 million.

"The Yemeni government is capable of confronting acts of rebellion and destruction and solving all the internal problems," ruling party spokesman Tareq al-Shami said Sunday. But he said the international community must "set a vision for complete economic development to treat the sources of terrorism."

The mercurial Saleh has held onto power for 31 years in this fragmented nation by relying on a system of manipulation - centralizing power within his family while buying off rivals and unruly tribesmen, Yemeni and American observers say.

At times, that has meant forging alliances with Islamic extremists, and Saleh has frustrated U.S. officials in recent years by freeing jailed al Qaeda figures on promises they would not engage in terrorism. Several top militants have since broken those promises.

Saleh, a military officer, rose to power in 1978 after two previous presidents were assassinated, one after only eight months in power. Many expected Saleh would not last long either.

But the 67-year-old leader cemented his hold by planting close relatives - including a son - in top military commands, and he has centralized political and economic power in his family.

He also struck alliances with Islamic extremists, known as Salafis. Many of the Salafis hold a similar fiercely anti-U.S. ideology as al Qaeda - and they have considerable influence in the government, military and economy.

Yemen is also the second most corrupt nation in the Arab world after Iraq, according to a 2009 report by the watchdog group Transparency International. Arms smuggling is rampant, providing weaponry to the country's tribes, many of which resent the government, saying they are left out of Saleh's patronage system.

Mohammed Abdul-Malik al-Mutawakkil, a political scientist at San'a University, is skeptical Saleh can change. If he cracks down too hard on al Qaeda, Salafis in the regime "will stand up against him," and if he moves against corruption it will alienate key supporters who benefit from it, al-Mutawakkil said.

Hassan, however, said American aid could prove a life saver for Saleh.

"It is a turning point for Yemen, and .... there are indications he will turn to the right side," Hassan said. "He has no other options. He has reached a dead end after all his maneuvering."