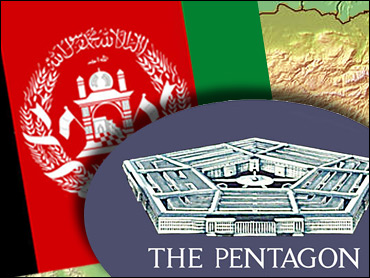 (AP)
Last week a Jordanian double agent with ties to al Qaeda and a desire for jihad against the U.S. killed seven CIA officers in Afghanistan. This week, Major General Michael Flynn, U.S. and NATO military intelligence chief in Afghanistan, said, "U.S. intelligence officers and analysts can do little but shrug in response to high-level decision makers seeking the knowledge, analysis and information they need to wage a successful counterinsurgency." He co-authored a 26-page report, titled Fixing Intel: A Blueprint for Making Intelligence Relevant in Afghanistan, published by the Center for a New American Security, a Washington think tank, recommending major changes in intelligence gathering.

The intelligence community is focused on the Taliban but, "ignorant of local economics and landowners, hazy about who the powerbrokers are and how they might be influenced, incurious about the correlations between various development projects and the levels of cooperation among villagers, and disengaged from people in the best position to find answers – whether aid workers or Afghan soldiers--U.S. intelligence officers and analysts can do little but shrug in response to high level decision-makers seeking the knowledge, analysis, and information they need to wage a successful counterinsurgency," the report stated.

"The intelligence community – the brains behind the bullish might of military forces – seems much too mesmerized by the red of the Taliban's cape. If this does not change, success in Afghanistan will depend on the dubious premise that a bull will not tire as quickly as a Russian bear," the report said.

Intelligence officers and analysts were more like fortune tellers, without hard data to use to make decisions. "The problem is that these analysts – the core of them bright, enthusiastic, and hungry – are starved for information from the field, so starved, in fact, that many say their jobs feel more like fortune telling than serious detective work. In a recent project ordered by the White House, analysts could barely scrape together enough information to formulate rudimentary assessments of pivotal Afghan districts. It is little wonder, then, that many decision-makers rely more upon newspapers than military intelligence to obtain 'ground truth.'"

The report also cited culture issues, with an intelligence community that is "emphatic about secrecy but regrettably less concerned about mission effectiveness. To quote General McChrystal in a recent meeting, 'Our senior leaders – the Chairman of the Joint Chiefs of Staff, the Secretary of Defense, Congress, the President of the United States – are not getting the right information to make decisions with. We must get this right.'"

The report concludes that asking smart, relevant questions about the environment as well as the enemy must be a priority, and "analysts must absorb information with the thoroughness of historians, organize it with the skill of librarians, and disseminate it with the zeal of journalists."

"Commanders who think PowerPoint storyboards and color-coded spreadsheets are adequate for describing the Afghan conflict and its complexities have some soul searching to do. Sufficient knowledge will not come from slides with little more text than a comic strip. Commanders must demand substantive written narratives and analyses from their intel shops and make the time to read them. There are no shortcuts. Microsoft Word, rather than PowerPoint, should be the tool of choice for intelligence professionals in a counterinsurgency."

General McChrystal, commander of U.S. troops in Afghanistan, has said that the "conflict will be won by persuading the population, not by destroying the enemy." Based on the "Fixing Intel" report, the generals haven't yet convinced its intelligence apparatus to persuade the population to give them good information.