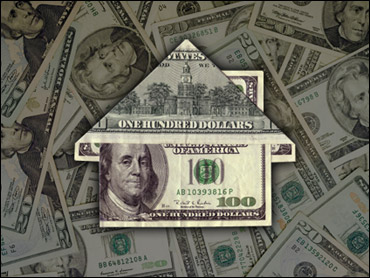 (CBS / iStock Photo)
State and local housing agencies would receive up to $35 billion under a plan being considered by the Obama administration, according to a report in Monday's Wall Street Journal.

Under the plan, which could be announced as early as this week, the federal government would buy up to $20 million of new housing bonds in order to relieve pressure from government-run housing finance agencies. The specific buyers of the bonds include the Treasury Department and government-controlled mortgage companies Fannie Mae and Freddie Mac.

Another $15 billion would be available to help the agencies provide low-rate mortgages to first-time and low-income home buyers.

These agencies have been especially hurt by the economic downturn. Officials in the administration are worried that they have stopped making new loans.

Treasury Secretary Timothy Geithner and the White House still need to formally approve the plan. The plan's details haven't been locked down.

Without knowing much about the plan, some Republicans questioned whether the government should still be injecting money into the housing market.

"I don't know that we can continue this pattern of having the federal government being the lender of last resort," Rep. Scott Garrett (R-N.J.) said. "Most people are calling on the government to lay out an exit strategy. This just gets us further into the quagmire."