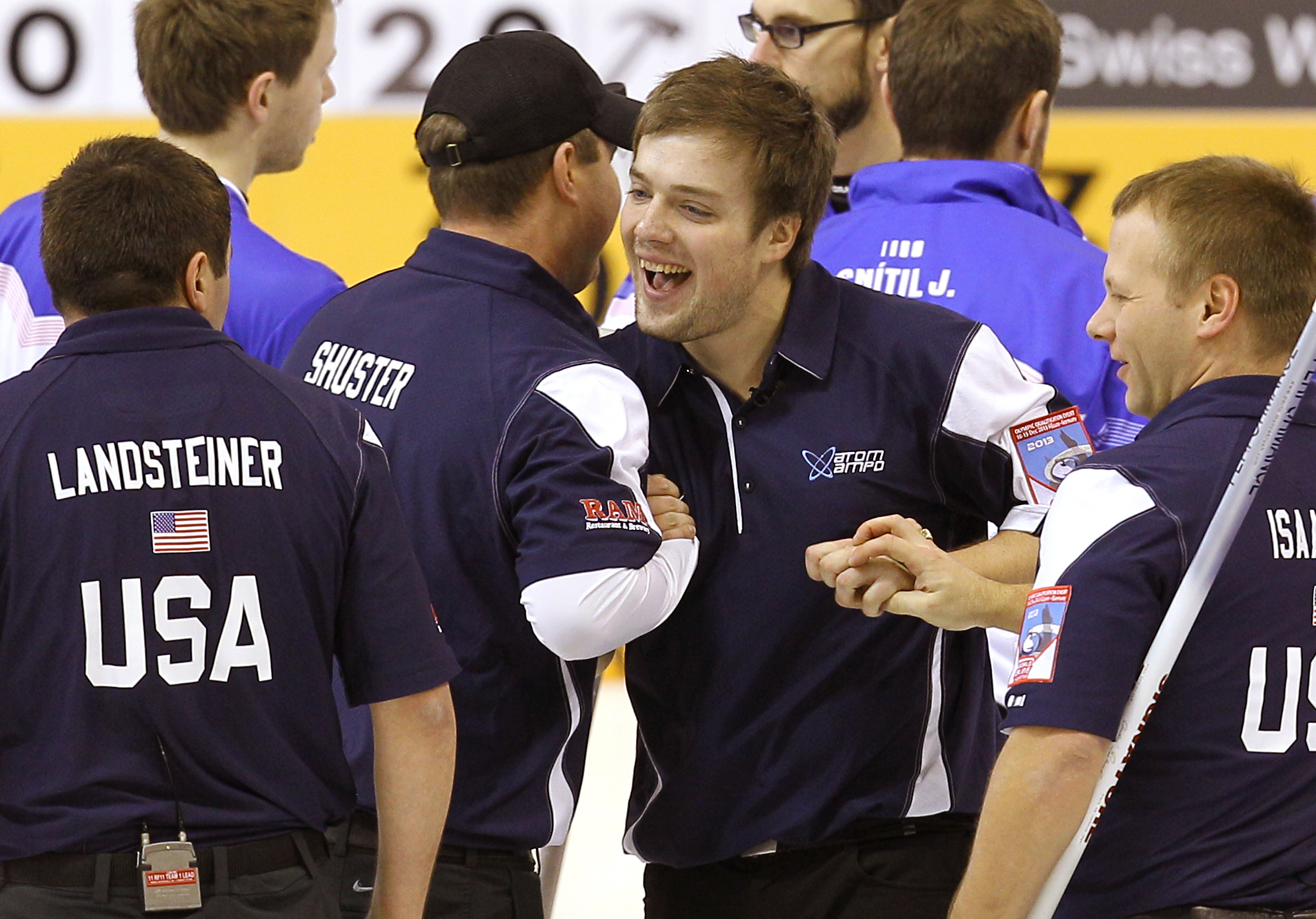 FUESSEN, Germany -- The United States qualified for the men's curling tournament at the Sochi Olympics with an 8-5 playoff victory over the Czech Republic on Sunday.

The Americans, skipped by John Shuster, seized the advantage in the eighth end by scoring five points for a 7-3 lead.

The Czechs pulled two back in the ninth, but Shuster's team of third Jeff Isaacson, second Jared Zezel and lead John Landsteiner ended with another point to secure the last available Olympic berth.

The Americans, coached by Tim Muller with Craig Brown at alternate, had kept their qualification hopes alive with a 7-5 win over South Korea in Saturday's tiebreaker.

"We always seem to pick it up and bring it up the next step and find a way to play better in a game," Landsteiner said.

The U.S. won its final five games at the World Curling Federation's qualification event, and the Shuster rink will now be nominated to the U.S. Olympic team pending approval by the United States Olympic Committee.

"The butterflies of winning for an opportunity like this, they never get old. That's why we play this game," said Shuster, who won Olympic bronze in 2006 in the lead position.

"These guys work their tails off and they're some of the best in the business. I'm extremely proud of how well our team has played the entire season and especially here when we had our backs against the wall," the 31-year-old Shuster said.

Jiri Snitil's rink was playing its second playoff in as many days after losing to Germany for the first Olympic berth on Saturday.

China qualified for the women's tournament in Sochi next year by beating Japan 7-6 in the playoff between the first and second-ranked teams.

Japan was to get another chance to secure qualification in its playoff against third-place Norway on Sunday evening.