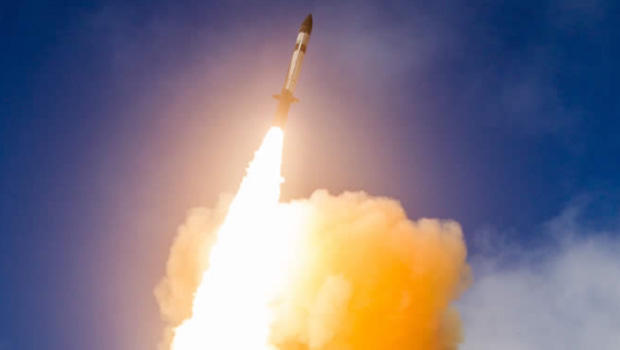 WASHINGTON -- A missile interceptor failed to hit its target in a test conducted over Hawaii on Wednesday, the U.S. Missile Defense Agency says.  Test data is being analyzed to determine why the interceptor, known as a Standard Missile 3 Block IIA, didn't shoot down the target, the agency adds.

The agency, which manages U.S. missile defense systems, issued a statement saying the interceptor was launched from the Pacific Missile Range Facility at Kauai, Hawaii.

"The primary objective of the test was to intercept an air-launched intermediate-range ballistic missile target," the statement said. … "However, this objective was not accomplished."

The test comes at a time of heightened tensions over North Korea's nuclear weapons program.

An intercept test of the missile in June also failed, but a successful test was carried out early last year, the Reuters news agency points out.