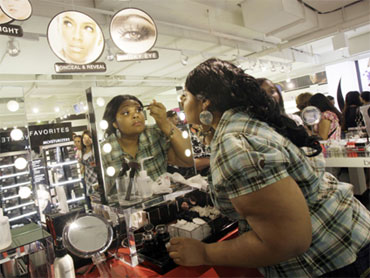 Shoppers - worried about job security and finding fewer options among the sales bins - remained tight-fisted in July, resulting in sluggish sales for many merchants and raising concern about the back-to-school shopping season's health.

"The consumer is stressed and depressed," said Ken Perkins, president of retail consulting firm Retail Metrics. "Back-to-school shopping season is going to be very late." He added that the big concern among Americans is job security.

A number of special factors also depressed July's sales results. Lean inventories left fewer clearance options for bargain hunters, as stores wanted to protect themselves from getting stuck with piles of leftovers. The shift of the sales-tax holidays from July to August in most of the 14 states that have them because of a late Labor Day weekend also stole momentum from July.

Perkins and other analysts have also noted that the uptick in car buying spurred by the government's "cash for clunkers" program might siphon sales from other categories like clothing and home furnishings. That could hurt back-to-school shopping as consumers shift available cash to car payments.

Costco reported that its same-store sales dropped 7 percent in July, pressured by lower gas prices and the stronger dollar. Analysts polled by Thomson Reuters expected a slightly smaller decline of 6.7 percent in same-store sales or sales at stores opened at least a year. Same-store sales are considered a key indicator of a retailers' health.

Among mall-based apparel retailers, Wet Seal reported a 12.1 percent drop, worse than the 10 percent decline that analysts had expected.

Limited Brands Inc., which operates Victoria's Secret and Bath and Body Works, said same-store sales fell 7 percent. That was better than the 12.4 percent drop that analysts had expected.