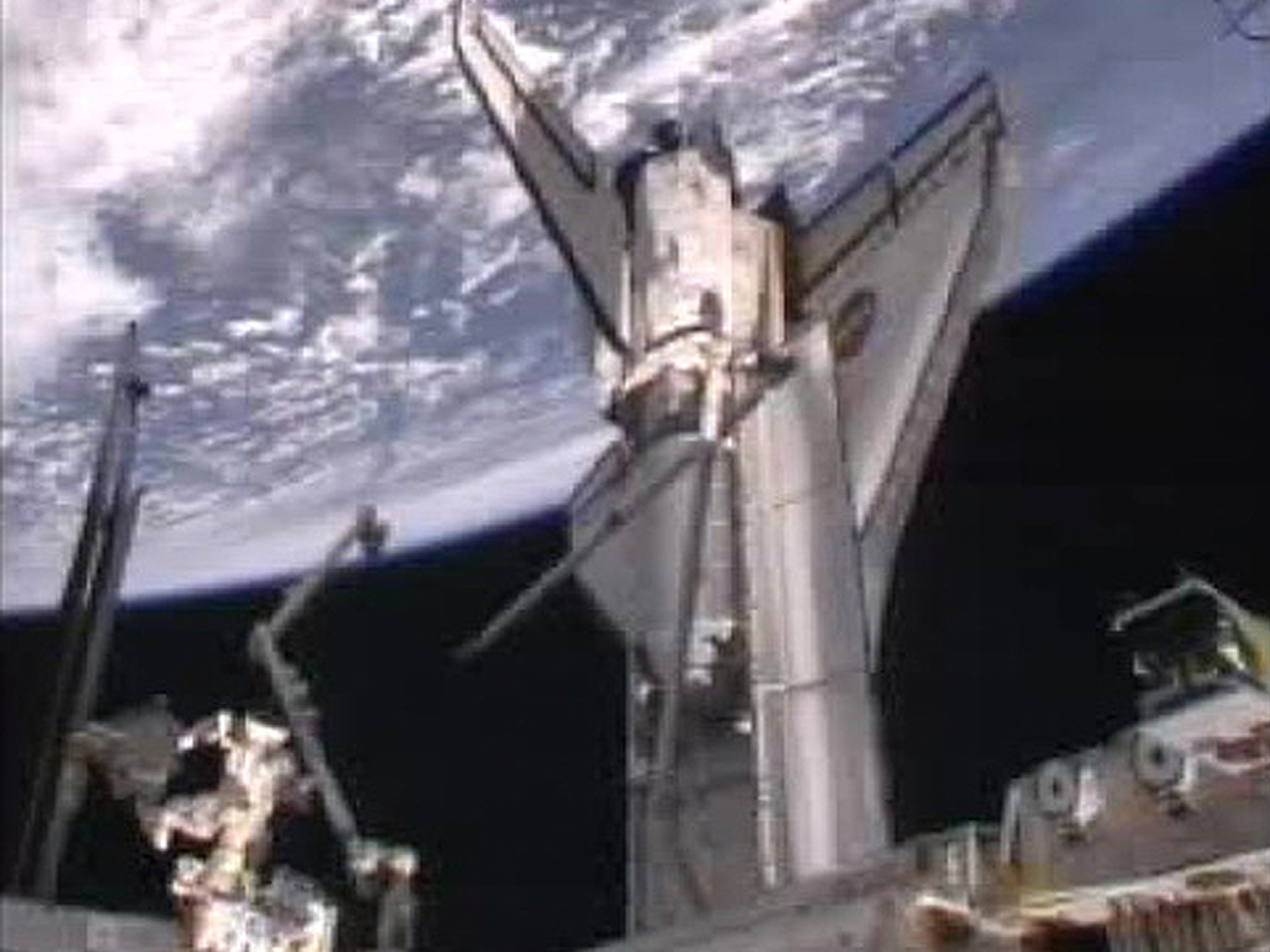 CAPE CANAVERAL, Florida - A space shuttle has left the space station for the last time.

Atlantis undocked from the International Space Station early Tuesday. The two spacecraft were soaring above the Pacific when they parted company — forever.

CBS News space analyst William Harwood reports pilot Douglas "Chunky" Hurley was at the controls as Atlantis pulled away from the station's forward docking port at 2:28 a.m. Eastern, as the two spacecraft sailed through orbital darkness 243 miles above the Pacific Ocean, east of Christchurch, New Zealand.

"Thank you for your 12 docked missions to the ISS and for capping off 37 space shuttle missions to construct this incredible orbiting research facility," he said. "We'll miss you guys. Godspeed, soft landing and we'll see you back on Earth in the fall."

The space shuttle and its crew of four are due back on Earth on Thursday. Their Florida homecoming will mark the end of NASA's 30-year shuttle era.

Atlantis left behind a year's worth of supplies, as well as a commemorative shuttle model and a U.S. flag that flew on the first shuttle mission in 1981.

Atlantis will join Discovery and Endeavour in retirement after this 13-day journey, the 135th for the shuttle program. All three will become museum displays.