But a strong day for many tech stocks helped lift the Nasdaq Composite index, while high-flying Internet stocks sizzled.

Technology shares may get a further boost Wednesday after one of the sector's bellwethers made encouraging comments after the close of Tuesday's trade. Intel (INTC) said it expects fourth-quarter revenues to be about 8 percent to 10 percent greater than in the third quarter. The semiconductor titan said it's seeing stronger-than-forecast demand for PC products. In Tuesday action, the stock tacked on 1 9/16 to 97 9/16. In afterhours activity, it traded 2 1/8 points higher.

"What I really like about this market is the action of the secondary stocks," said Frank Gretz, market analyst at Shields & Co.

There was little news on the economic front Tuesday to move the market. Meanwhile, several major retailers pulling the wraps off quarterly results. Looking forward, Federated Dept. Stores and Gymboree will release quarterly numbers Wednesday, while Dell Computer, Gap, and Kmart will unveil their statements Thursday.

The big event of the next week is the Federal Reserve's policy meeting Tuesday. Speculation about whether or not the central bank will produce another interest-rate cut has been rampant.

"I disagree with the people that think the Fed is not going to do something next week," said Arthur Hogan, chief market analyst at Jefferies & Co. Inc. "They've shown no signals that they are definitely not going to continue on the path that they're on.

"For that reason, if you're excited about the market because oeasier monetary policy, you have to continue to like it."

The real excitement Tuesday was provided by the Internets, under manic accumulation. Wall Street analysts have been busy boosting target prices on a number of Web issues. Companies specializing in electronic commerce got a lift from Monday's new product release by Excite (XCIT). The search engine and content provider unveiled a virtual credit card wallet, which it hopes will speed up online shopping and alleviate security concerns regarding credit card use online.

On Tuesday, a cheery holiday sales outlook and positive analyst comments fueled more buying of e-commerce stocks, which turned in the best gains in the Web universe. 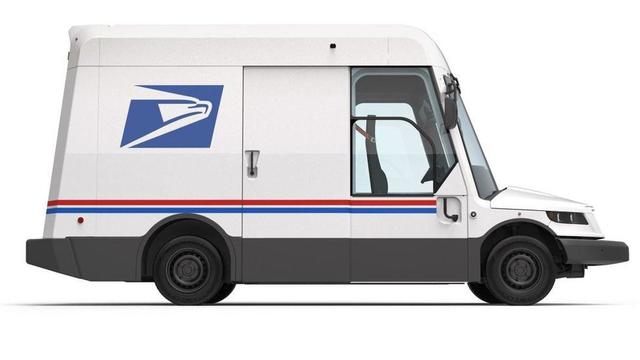 USPS says Oshkosh will build many as 165,000 new mail trucks

The new vehicles, part of USPS' goal to be more environmentally friendly, are getting mixed reviews for looks.