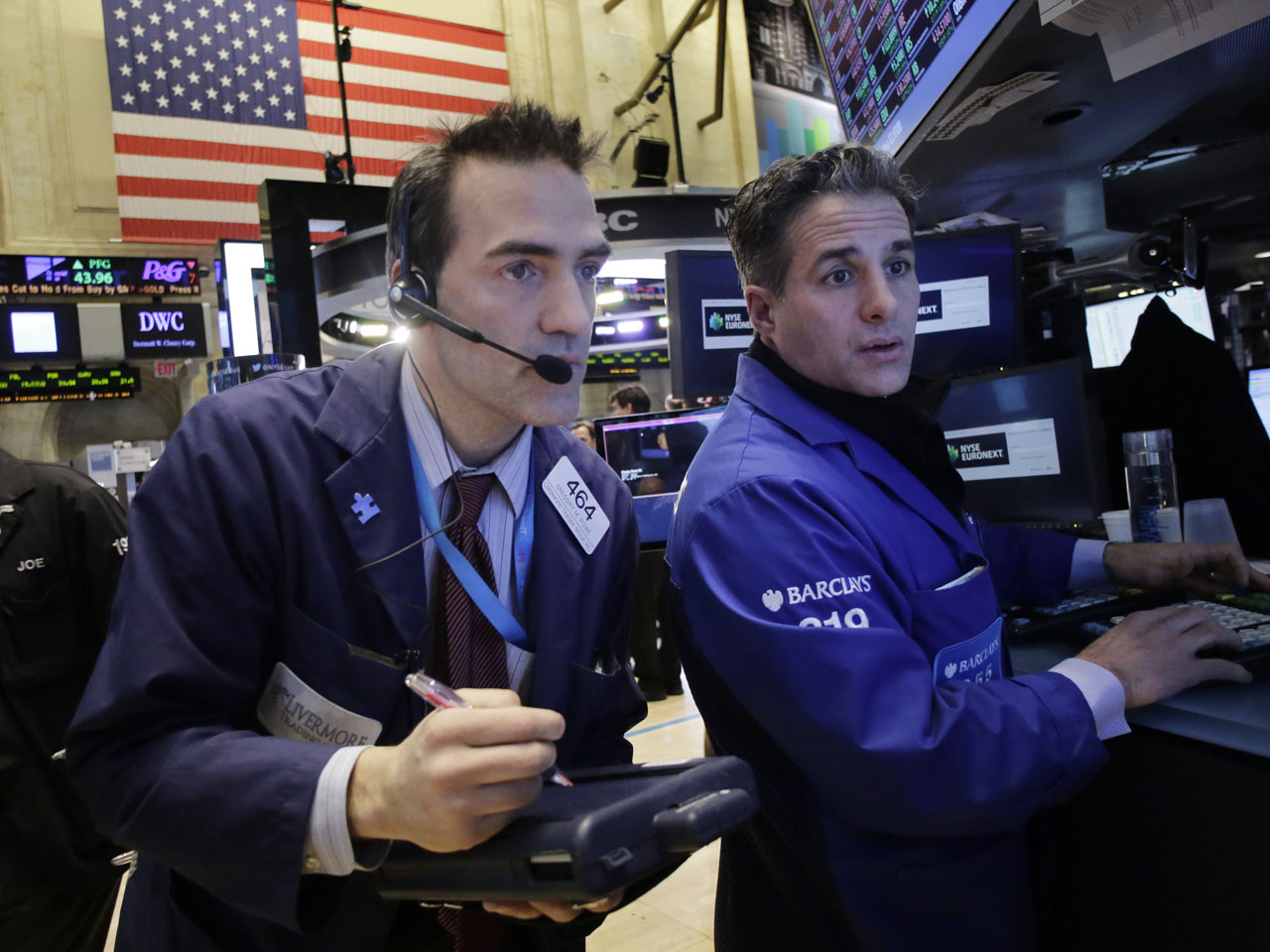 Lorillard dropped after the maker of Newport cigarettes said its profit fell as higher costs offset an increase in revenue from both traditional and electronic cigarettes. Procter & Gamble fell after the company lowered its sales and earnings forecasts.

The losses were relatively small. Before Wednesday's drop, stocks had gained for the previous four days, mitigating some of the market's weakness in January caused by signs of slowing growth in China and doubts about how strong the U.S. economy was.

"At this point, boring is good," said Kate Warne, an investment strategist at Edward Jones, an investment adviser. "People are a bit tired of the ups and downs we've seen and a relatively flat day would be a sign of confidence," Warne said.

Makers of consumer staples, a category that includes everyday products like soap, diapers and cigarettes, fell the most of the 10 sectors in the S&P 500.

Lorillard had the biggest drop in the index. The stock lost $2.48, or 5 percent, to $47.47 after its earnings disappointed investors.

Procter & Gamble, the world's largest household products maker, fell $1.35, or 1.7 percent, to $77.49 after the company said it would take a hit because of declines in emerging market currencies against the dollar. Currencies in developing countries such as Turkey, South Africa and Argentina have slumped against the dollar this year.

Concerns about the outlook for emerging markets shook the stock market in January. Those losses continued as investors started to worry about the U.S. economy after some lackluster economics reports.

Stocks have rebounded in the past week. They jumped on Tuesday after Janet Yellen, the new head of the Federal Reserve, said she would continue the central bank's market-friendly, low-interest rate policies.

The S&P 500 was down almost 6 percent for the year as of Feb. 3, but has since pared that loss to 1.5 percent thanks to gains in health care and technology stocks. Both sectors have jumped 4.5 percent in the past week.

For the market to advance from here, investors will want to see further evidence that the economy is improving said, Cameron Hinds, a regional chief investment officer for Wells Fargo Private Bank. While the economic reports have been weak, many economists believe that the unusually cold winter has been a factor.

"People are going to start looking for strength in the economy to get the market going," said Hinds.

TripAdvisor was among the day's winners. The online travel company gained $6.07, or 7.2 percent, to $90.27 after posting fourth-quarter results that led an RBC Capital Markets analyst to upgrade his rating on the stock. TripAdvisor said late Tuesday that its fourth-quarter revenue jumped and was stronger than analysts expected. Most of its revenue came from click-based advertising.

In government bond trading, the yield on the 10-year Treasury note climbed to 2.76 percent from 2.73 percent on Tuesday.

Among other stocks making big moves:

— Amazon.com fell $12.54, or 3.5 percent, to $349.25 after analysts at UBS lowered their rating on the stock from "buy" to "neutral" on concern about revenue from the internet retailer's "Prime" customers. Amazon was among the biggest decliners in the S&P 500.

— DaVita HealthCare Partners jumped $2.02, or 3.1 percent, to $66.35, a day after the kidney dialysis provider said it reached an agreement to resolve a government investigation and reported fourth-quarter income that soared 36 percent and topped analyst expectations.