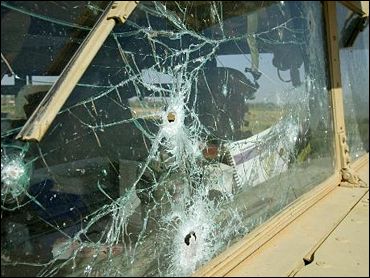 The U.S. military said Monday it had nabbed six former regime leaders in the latest sweep aimed at snuffing out elements that have attacked and killed American troops.

But violence against U.S. forces erupted again in west Baghdad, where one American soldier was killed and six wounded in the attack by insurgents who fired several rocket-propelled grenades at the military convoy early Monday, said Spc. Giovanni Llorente, a military spokesman.

The military said 226 people had been captured in the sweep, dubbed Operation Ivy Serpent. It said six former regime leaders were among them. None, however, appeared to be part of a list of 55 most wanted fugitives from the old regime. No Iraqi civilians or coalition troops have been killed in the operation.

Meanwhile, the new governing council — a U.S.-sanctioned first step toward democracy in postwar Iraq — voted Monday to send a delegation to the U.N. Security Council.