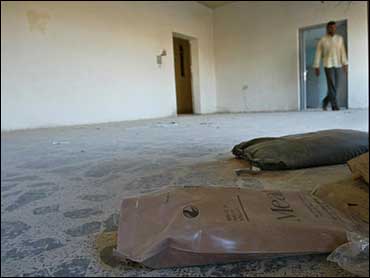 U.S troops are handing Iraqi officials responsibility for policing the restive city of Fallujah, where American forces have come under increasing attack from Saddam Hussein loyalists, the military announced Saturday.

Iraqi police and the U.S.-appointed mayor requested the transfer, saying it would help reduce the anti-American attacks in the city, located in the "Sunni Triangle," a swathe of central Iraq where Saddam had strong support.

The U.S.-led coalition announced in a statement that troops began on Friday a "transition of responsibility with the Fallujah Police Department," which had asked for more power "in patrolling and securing the town." The military said Iraqi police will "patrol the streets themselves instead of jointly with military police."

Fallujah's mayor, Taha Bedewi, and the police said Friday that U.S. soldiers had left the mayor's office and the city's main police station, where the Americans had been posted since they seized the city in April.

Police had complained that the presence of U.S. troops could draw attacks and threaten the Iraqis' security.

CBS News reporter Lisa Barron says the Third Infantry Divison will stay in the Fallujah area to help with reconstruciton and humanitarian efforts. it will also have a quick reaction team in place, at the request of the local police.