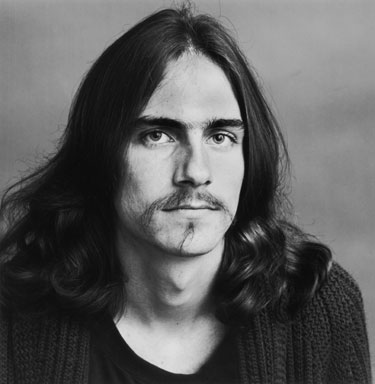 The Trojans simply wouldn't allow it.

Chad Morton rushed for 100 of his 128 yards in the second half, and the USC defense was at its best as the Trojans beat the No. 9 Fighting Irish 10-0 Saturday night.

"I have no excuses," Notre Dame coach Bob Davie said. "We knew coming in what kind of an effort was needed. We knew we could not make mistakes and turn the ball over."

But the Irish did just that -- committing five turnovers, four on interceptions.

"They played their safeties up tight and took us out of our `I' formation," Davie said. "It became exclusively option football. They did the right thing by putting nine people up front. We were limited, yet we still had enough to win. SC played great defense."

It was the first time USC (8-4) has blanked Notre Dame since winning a 25-0 decision en route to the national championship in 1962.

The Trojans scored their 10 points on back-to-back possessions in the third quarter. The Irish (9-2), whose hopes for a Bowl Championship Series appearance were snuffed out, couldn't overcome the absence of Jackson, who accounted 1,740 of the team's 1,775 passing yards previously.

Jackson was sidelined due to the knee injury he suffered in the waning seconds of Notre Dame's 39-36 victory over LSU last weekend.

"There's nothing like defense, they were magnificent," USC coach Paul Hackett said of team's performance. "It was very painful last week at UCLA (a 34-17 loss), but we have come back from every loss this season, which is the mark of a championship caliber team."

Notre Dame didn't complete a pass until freshman Arnaz Battle threw a 28-yarder to Malcolm Johnson with 4:47 left in the third quarter.

Battle threw the third Irish interception on the next play, being picked off by Rashard Cook, who also intercepted Battle's pass at the USC 14 midway through the fourth quarter.

Battle and Eric Chappell combined to complete 7-of-22 passes for 94 yards, with the four interceptions.

"I think the pressure got to Eric, and it was obvious," Davie said.

Said Battle: "We never had good field position, and that was our fault. I underthrew our receivers. The USC defense dominated us."

"Our passing game was almost nonexistent and Autry wasn't able to run well with nine guys playing the run," Notre Dame quarterbacks coach Mike Sanford said. "Battle made a few minor mistakes, but those always come with youth and inexperience."

The victory was the third consecutive for USC over Notre Dame after the Irish went 12-0-1 against the Trojans from 1983-95.

The game was scoreless until freshman quarterback Carson Palmer scored the first touchdown of his career on a 2-yard bootleg, capping a 64-yard, five-play drive on USC's second possession of the third quarter.

"We put in the play this week," Hackett said.

Palmer completed 14 of 32 passes for 188 yards with two interceptions.

Morton, who gained 28 yards on six carries in the first half, averaged nearly 5 yards on 20 second-half carries.

"I told the offensive line if I got 1,000 yards, I'd take them to Las Vegas," said Morton, who finished the regular season with 967 yards rushing. "We didn't get it, but I'm going to still take them. I may even take the receivers and fullbacks."

There were five turnovers in the opening 30 minutes -- three by the Irish.

Chappell, a junior, started the game, but didn't play after being intercepted for the second time on his third pass early in the second quarter.

The closest Notre Dame came to scoring was early in the second period, after Kory Minor intercepted a pass by Palmer and returned it 7 yards to the USC 14. Battle gained 14 yards on a second-and-12 play before fumbling, with Ken Haslip recovering for USC.

Notre Dame had scored on 37 of its previous 40 trips inside an opponents' 0-yard line this season, and had no turnovers in the red zone in its first 10 games.

The game was played before a crowd 90,069 at the Los Angeles Coliseum. It rained much of the day, but let up before kickoff time.