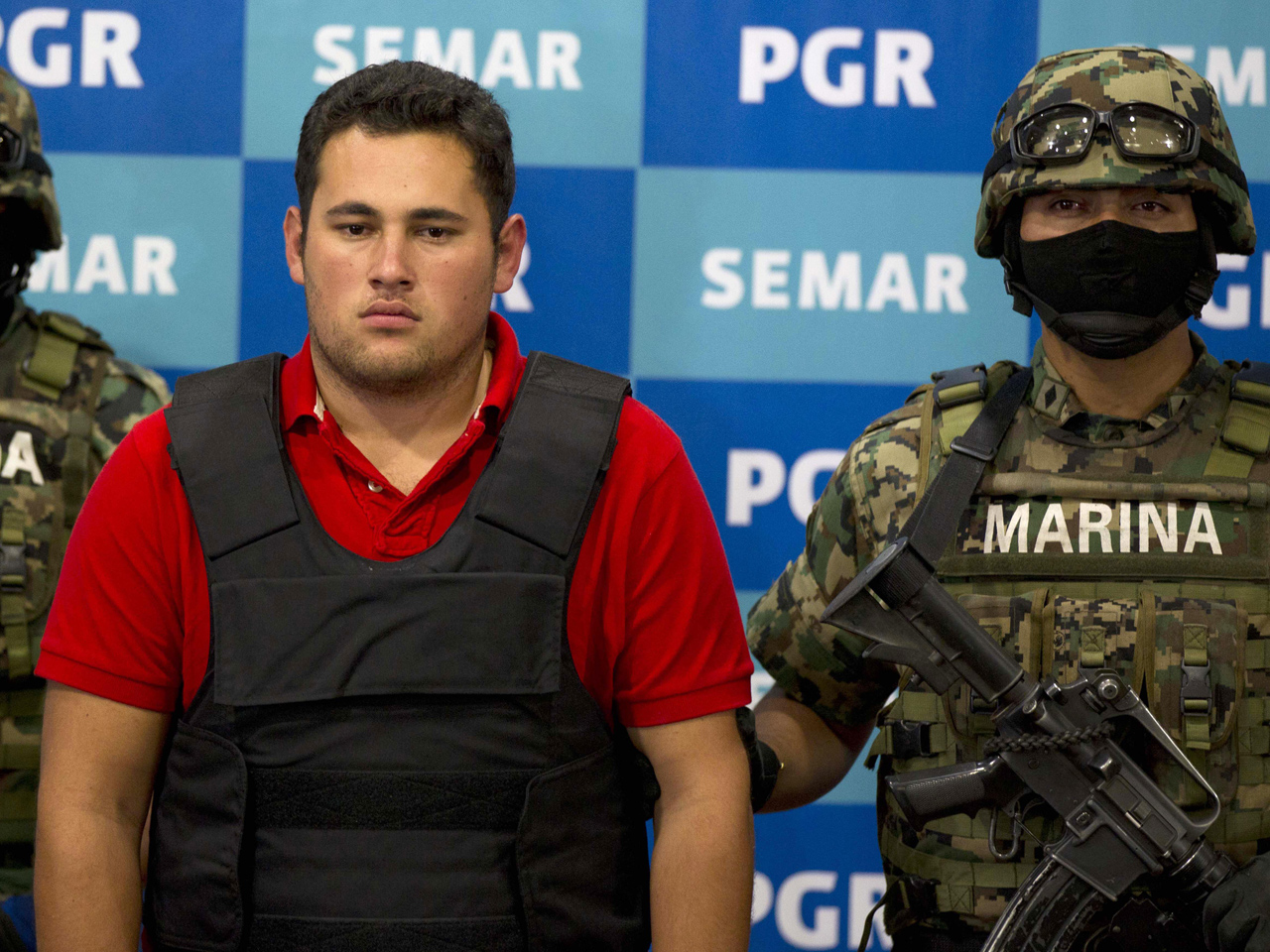 (AP) MEXICO CITY - After working months with U.S. intelligence, the Mexican navy said it believed it had nabbed a big prize in a known Guadalajara narco-haven: the son of Mexico's top fugitive drug lord.

But it turned out they got the wrong man.

The man arrested Thursday as the presumed son of Joaquin "El Chapo" Guzman is really Felix Beltran Leon, 23, and not Alfredo Guzman Salazar, as the Mexican Navy had presented him, the Attorney General's Office said Friday.

The stocky, baby-faced suspect had been presented as the son of Guzman, the chief of the Sinaloa Cartel, and a Navy official described him as a rising operator in the international drug trafficking organization.

But Beltran Leon's wife, Karla Pacheco, said he is the father of a toddler and works with his mother-in-law at a used car dealership.

The Attorney General's Office said that "necessary tests" had proved that he wasn't the drug lord's son, but said he would remain under investigation for the guns and money found during his arrest.

"There is total confusion," said Beltran Leon's lawyer Veronica Guerrero,"... which is having a serious effect on their personal and family situation."

The Attorney General's Office issued a statement earlier Friday saying the original information on his identity came from the United States.

"The Mexican Navy and Mexican law enforcement have said this is El Chapo's son and that's what we took," said DEA spokesman Rusty Payne, noting that the DEA is working separately to confirm the man's identity.

Pacheco showed The Associated Press what she said were her husband's voting credential and driver's license. The man arrested bears only slight resemblance to a photograph of Guzman's son recently issued by the U.S. Treasury Department.

Guzman Salazar and his father were indicted on multiple drug trafficking charges in the U.S. District Court for the Northern District of Illinois in August 2009, the U.S. Treasury Department said earlier this month, when it announced it had placed financial sanctions on Guzman Salazar and his mother, Maria Alejandrina Salazar Hernandez.

Elodia Beltran appeared with Guerrero at a press conference Friday saying she is the mother of the detained man.

"He's never been arrested," she said. "This is a real injustice."

Pacheco said the couple and their 1-year-old were sleeping in their home in Zapopan, a suburb of the western city of Guadalajara, when marines kicked in the door and arrested her husband and his half-brother, 19-year-old Kevin Daniel Beltran Rios.

Authorities identified Beltran Rios as an alleged member of the Sinaloa Cartel.

The men were found with a grenade launcher and four grenades, two assault rifles, two pistols and $135,000 in cash, the navy said. Pacheco said there were no drugs or guns, but the family did have the cash because of a recent home sale.

Zapopan has been the scene of much drug violence and arrests. It's where Guzman's other son, Ivan Archivaldo Guzman Salazar, also known as "El Chapito," was detained on money laundering charges in 2005, and where top Sinaloa lieutenant, Ignacio "Nacho" Coronel, was killed in a 2010 shootout with Mexican army.

Pacheco said her husband works at Autos Pacheco, a used car dealership that gunmen attacked in May, killing one man. The target was a customer looking at cars, not the business, Pacheco said, though media reports said the dealership owner was killed.

"We've never had any links to drug traffickers," Pacheco said. "He's not the person they say he is."

The possible misidentification could be embarrassing for both countries in the cat-and-mouse game they are playing with Guzman, who has been on the run since escaping from a Mexican prison in a laundry cart in 2001. The Treasury Department has called Guzman the world's most powerful drug lord.

Both countries are conducting an intense manhunt for Guzman. Mexican authorities said they narrowly missed him in February as he was vacationing in the Baja resort of Los Cabos under the nose of heavy security during an international meeting of foreign ministers, including U.S. Secretary of State Hillary Rodham Clinton.