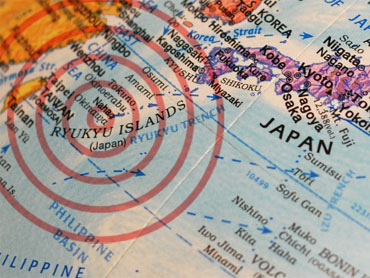 (CBS News) A 6.4-magnitude earthquake occurred off the coast of Japan early Monday morning, according to the U.S. Geological Survey.

The quake's epicenter was 72 miles northeast of Sendai, said the USGS.

There have been no initial reports of damage or injuries.

Earlier this year, Japan marked the one-year anniversary of the devastating earthquake/tsunamithat killed over 19,000.