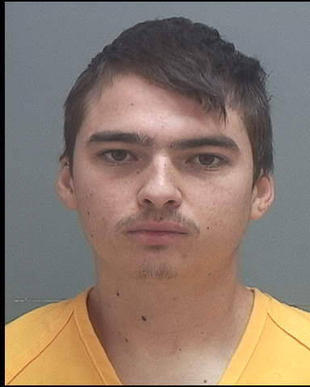 (CBS) John Paul White was sentenced to 25 years to life in jail for the November 2010 murder of his mother on Monday, reported the Deseret News.

White, 23, was also ordered to pay restitution in the case.

The body of Mary White, 62, was found with multiple stab wounds in the Salt Lake City apartment she shared with her son. The chief medical examiner testified that she died from sharp force injuries and several lacerations, one of which cut through her jugular vein, according to the Deseret News.

Evidence showed that the suspect tried to strangle his mother before stabbing her.

He then reportedly tried to commit suicide, a sign of remorse, his attorneys argued.

Prosecutors countered, saying that White had been in the hospital for two days after the attempt and never said anything about killing his mother or that she would need help, according to the newspaper.

After he was released from the hospital, he allegedly confessed to police that he had killed his mother.

According to the Deseret News, in a preliminary hearing, the detective testified that White said his mother had "asked him for a cup of coffee and that was basically 'the last ... time I was making her a cup of coffee.'"

White did not speak in court on Monday, despite having the opportunity to do so.

The prosecutor told the judge that prison time was necessary, because of the severity of the crime, the lack of remorse, and the irreparable damage caused by White's actions, according to the Deseret News.

"It took several minutes to carry out this crime, it took several weapons. The level of violence in this case is extreme ... This was his mother," prosecutor Michael Boehm said.

White's defense attorney told the judge that his client had been under the influence of a synthetic drug, spice, that could lead to inexplicable violence, especially when used over a period of time, reported the Deseret News.

Yet, according to attorney Bevan Corry, White stills feels remorse.

"He's pleaded guilty as charged fully knowing he'd be sent to prison. He wanted to do this. He knows he deserves what's coming to him," Corry explained.