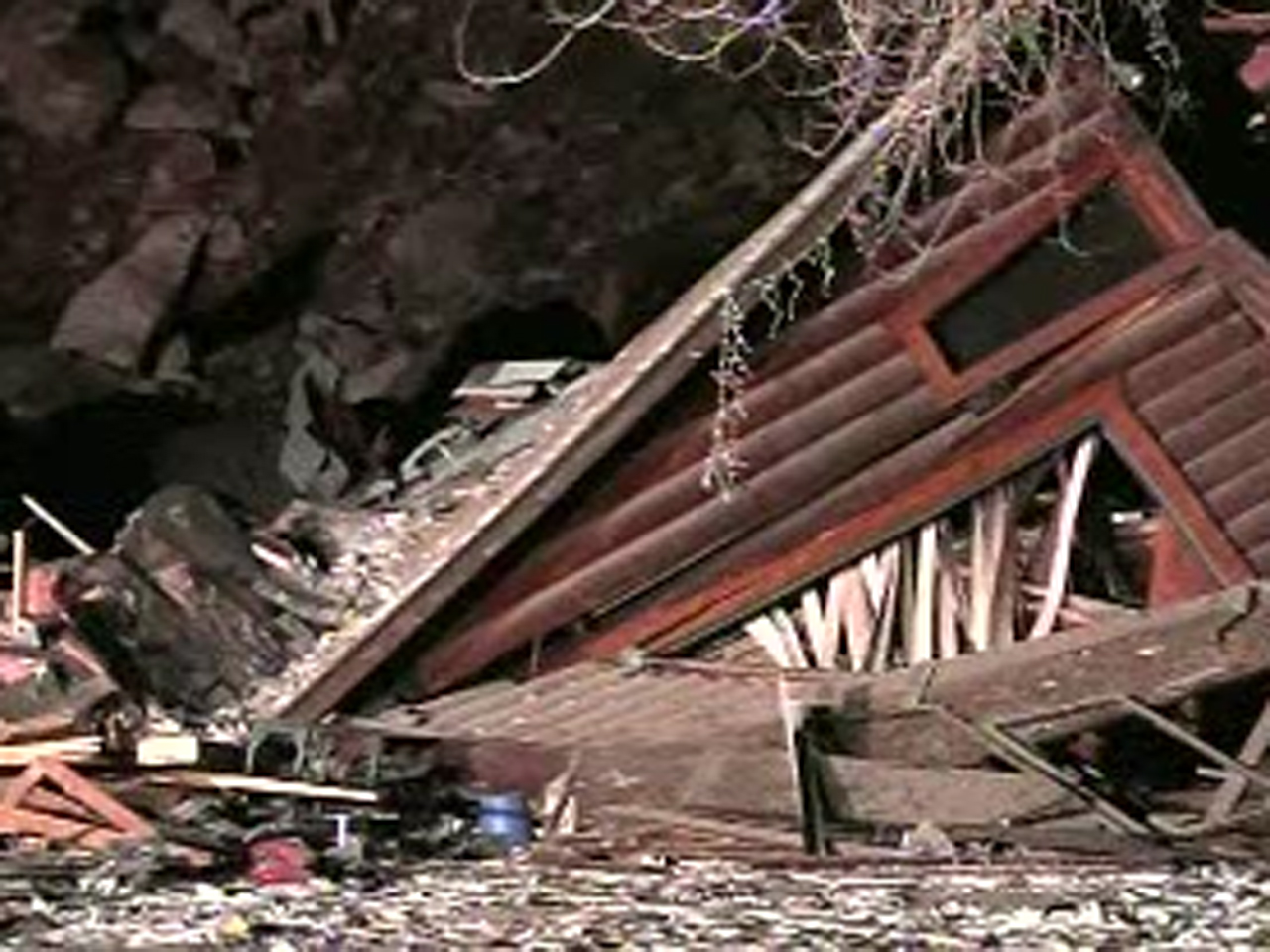 Springdale Police Chief Kurt Wright told the station two bodies were found after a search of the log cabin home.

He says rockslides are common this time of year because of snow and freezing temperatures.

But Wright says there was no warning before the fatal slide. "It was just a freak accident; you don't have time to escape," he says, adding that it "sounded like an earthquake," with "a lot of vibration."

First responders encountered a dust cloud so big it stopped traffic on the highway.

The bodies were left inside the home: Because of safety concerns, rescue crews want to wait until daylight to remove the victims, KUTV says.

Voluntary evacuations have been lifted for the homes near where the slide occurred.

Police say the victims were long-time residents who were well-known and loved by their community.