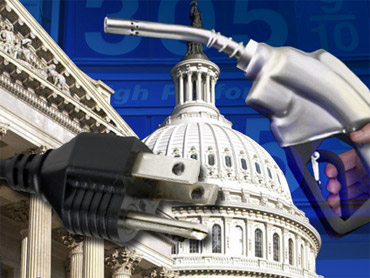 (AP / CBS)
The CEO of Exelon, the largest utility company in the United States, announced today the company will not renew its membership with the U.S. Chamber of Commerce because of the chamber's opposition to climate change legislation.

Exelon is the third utility company in the past week to disassociate with the chamber over climate change.

Speaking at the American Council for an Energy Efficient Economy's national conference, Exelon CEO John Rowe said a cap-and-trade system, which the climate change bill passed in the House would enact, would create incentives for energy efficiency.

"Putting a price on carbon is essential, because it will force us to do the cheapest things, like energy efficiency, first," Rowe said in his prepared remarks.

Moreover, Rowe acknowledged that if Congress does not act, the Environmental Protection Agency would be compelled to regulate greenhouse gas emissions after finding that greenhouse gases are a cause of global warming and a threat to public welfare.

"If Congress does not act, the EPA will, and the result will be more arbitrary, more expensive, and more uncertain for investors and the industry than a reasonable, market-based legislative solution," Rowe said in his prepared statement.

The U.S. chamber says it supports legislative action on climate change but does not support the bill passed in the House over the summer, called the American Clean Energy and Security Act (ACES). In testimony (PDF) to Congress, the chamber said, "ACES suffers from a number of critical flaws that could cause a significant amount of pain for American businesses while making little to no difference on global CO2 concentrations."

The chamber also takes issue with the EPA's findings that greenhouse gases create a threat to public welfare and has called for a public hearing to dispute that conclusion.

As Washington moves closer to putting a price on carbon, energy companies like Exelon have upped their investments in energy-efficiency technologies. Two of Exelon's utilities, ComEd and PECO, plan to spend $290 million per year over the next five years on energy-efficiency and demand response programs.

Exelon is part of a coalition of companies that are promoting a cap-and-trade system, BusinessWeek reports, and plan to make their case through a media blitz of op-ed articles and direct appeals to Congress.