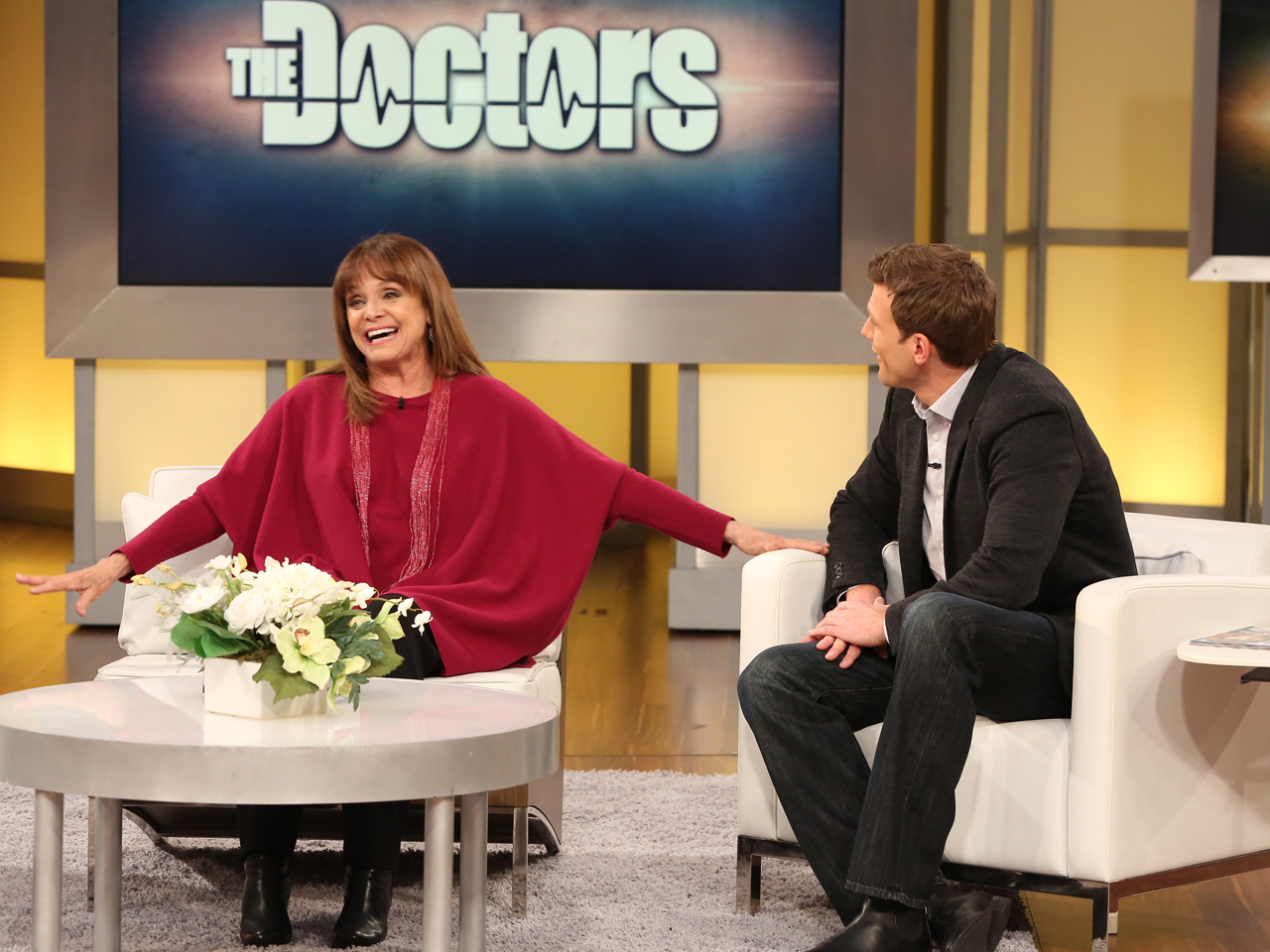 Valerie Harper got personal about her terminal cancer diagnosis during a visit to "The Doctors," which aired Monday morning. Throughout the episode, she smiled, laughed and kept a positive attitude as she spoke openly about her illness, showing great courage in the face of death.

"More than anything I'm living in the moment," said the 73-year-old actress, who was diagnosed with brain cancer in January. "I really want Americans and all of us to be less afraid of death...don't go to the funeral before the day of the funeral. While you're living, live."

Harper's doctors have told the '70s sitcom star that she could have as little as three months to live. But that hasn't dampened her mood. Harper said her motto isn't "Why me?" -- but "Why not me?"

During the taped TV interview, Harper focused on the positive: the excellent doctors and health coverage she has and the "greatest husband in the world." Her longtime husband, Tony Cacciotti, also appeared on the show, telling the story about how he learned about the diagnosis.

A series of guests appeared via phone and in studio during the episode. Actor Ed Asner, Harper's co-star on "The Mary Tyler Moore Show," showed his support, saying, "I believe in you and your life."

And Harper seemed genuinely surprised when her friend and former co-star Cloris Leachman walked on the set. They embraced and reminisced about their time on "The Mary Tyler Moore Show." "You're beautiful, your hair is beautiful, and I love you," Leachman told Harper.

During the second half of the episode, Harper and Dr. Travis Stork talked the medical specifics and treatment about Harper's disease, leptomeningeal carcinomatosis.

Harper had some final words of advice for viewers: "Find your contribution...find that middle point of contribution....giving someone a smile. Whatever it is. That's where we need to live together." She later added, "Embrace yourself. Know you're perfect, even through all your flaws."

Harper fought through tears as she talked about attending an upcoming White House event in April. "I really hope I can make it," she said.

On Monday, Harper also appeared in a segment on NBC's "Today" show where she said that "it feels awful damn good to be open about [cancer], face it and see what you can do. If you die, you're not a failure. You're just somebody who had cancer, and that's the outcome."

This isn't Harper's first cancer battle; she successfully beat lung cancer after being diagnosed in 2009.

Harper rose to fame for her role as Rhoda Morgenstern on "The Mary Tyler Moore Show" and its spinoff, "Rhoda." She scored four Emmys in the role.