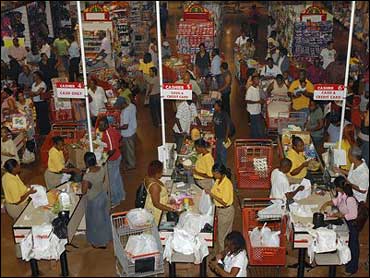 Saturday's Columbia shuttle crash not only took the lives of seven astronauts, but it destroyed the fruits of more than 80 science experiments aboard that flight.

The mission was the most scientifically ambitious one in years, but many in the scientific community question the value of those experiments.

Mark Alpert, space flight editor for Scientific American magazine, tells The Early Show Tuesday that a lot of data was gathered during Columbia's 16 days in orbit. The astronauts were divided into 12-hour shifts so that experimentation continued around the clock. Although the majority of the data was lost in the disaster, NASA said Monday it was able to gather some of the data from satellite downlinks before the shuttle was destroyed.

Many of the science experiments conducted on the ship were aimed to save lives on Earth; others were product driven and some were experiments for children in schools.

Here are some examples of experiments conducted on Columbia:

Alpert says man's travel to space has made some astrophysics discoveries that help explain how our universe started and what it's doing now. The shuttle has been a great vehicle from which to launch other vehicles and observatories that can explore the solar system and universe.

However, he says, the scientific community has been less enthusiastic about the research that has been conducted on the shuttles and in the space stations. They believe the findings are not worth the $500 million cost of each shuttle trip. Alpert says the experiments can be done better and more cheaply with unmanned satellites and robots.

But, Alpert says, the great value of humans in space is exploring planetary surfaces, such as putting a man on the moon or a person on Mars. Humans can look at the different rocks on the moon and pick up the most interesting. They can also fix things that go wrong in space. The best thing that humans have done for science in space was fixing the Hubble Space telescope- that was too complicated to have been done by a robot.

Alpert also says a lot of the products credited to NASA are urban legend. For example, Alpert says, many people think that teflon was invented by NASA as an outgrowth of spacesuit material research, but it was actually invented by Du Pont in the late 1930s.

Very few companies are interested in doing experiments in space because companies don't like to do "pure research," he says. They want something with a payoff and most of the experiments conducted in space only have value for people living in space.

Alpert explains that NASA pushed the idea of practical "spin-off products" in the '60s to garner interest in space science. But the real reason we went to the moon was to beat the Russians to it and not for "science."

The space program has lost its focus, Alpert says. The initial goal of the space station was to create routine flights into orbit that would be taken over by private industry but these commercial applications haven't panned out. It costs $10,000 a pound to get something into space and that makes little economic sense for private manufacturers.

As a result, NASA has had to change its focus to doing science on a space station and using the shuttle as a bridge. But, Alpert says, most of the science done there is applicable only to life in space, which is helpful to continuing the space program and ultimately sending a manned mission to Mars. But it has little value to life on Earth.

Alpert says the NASA space program's biggest achievment is putting observatories in space, sending men to the moon, and inspiring countless children to grow up and become researchers who make significant contributions to science.