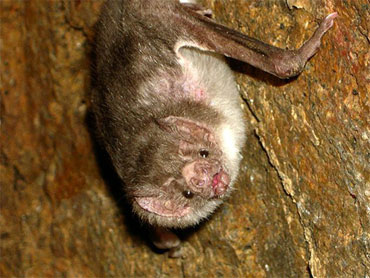 Four children have died and more than 500 people have been attacked by vampire bats in a remote Amazon region in Peru.

The country's health ministry has rushed emergency teams to the Urakusa community in northeastern Peru, close to the border with Ecuador, according to BBC News. The authorities are trying to battle an outbreak of rabies spread by the bat bites, and have given vaccines to more than 500 people attacked by the bloodsucking mammals.

Four children in the Awajun indigenous tribe were killed by the bites.

Most of the affected people have now been vaccinated, although some refused treatment.

The rise in vampire attacks has baffled the people of the region, but some experts have linked mass vampire bat attacks to deforestation in the Amazon.

Vampire bats normally feed on wildlife or livestock, drinking their blood while they sleep. But they turn to humans for food when their natural food chain is jeopardized, particularly in areas where rainforest habitat has been destroyed.

Some locals have also suggested that this latest outbreak may be linked to the unusually low temperatures the Peru this year.