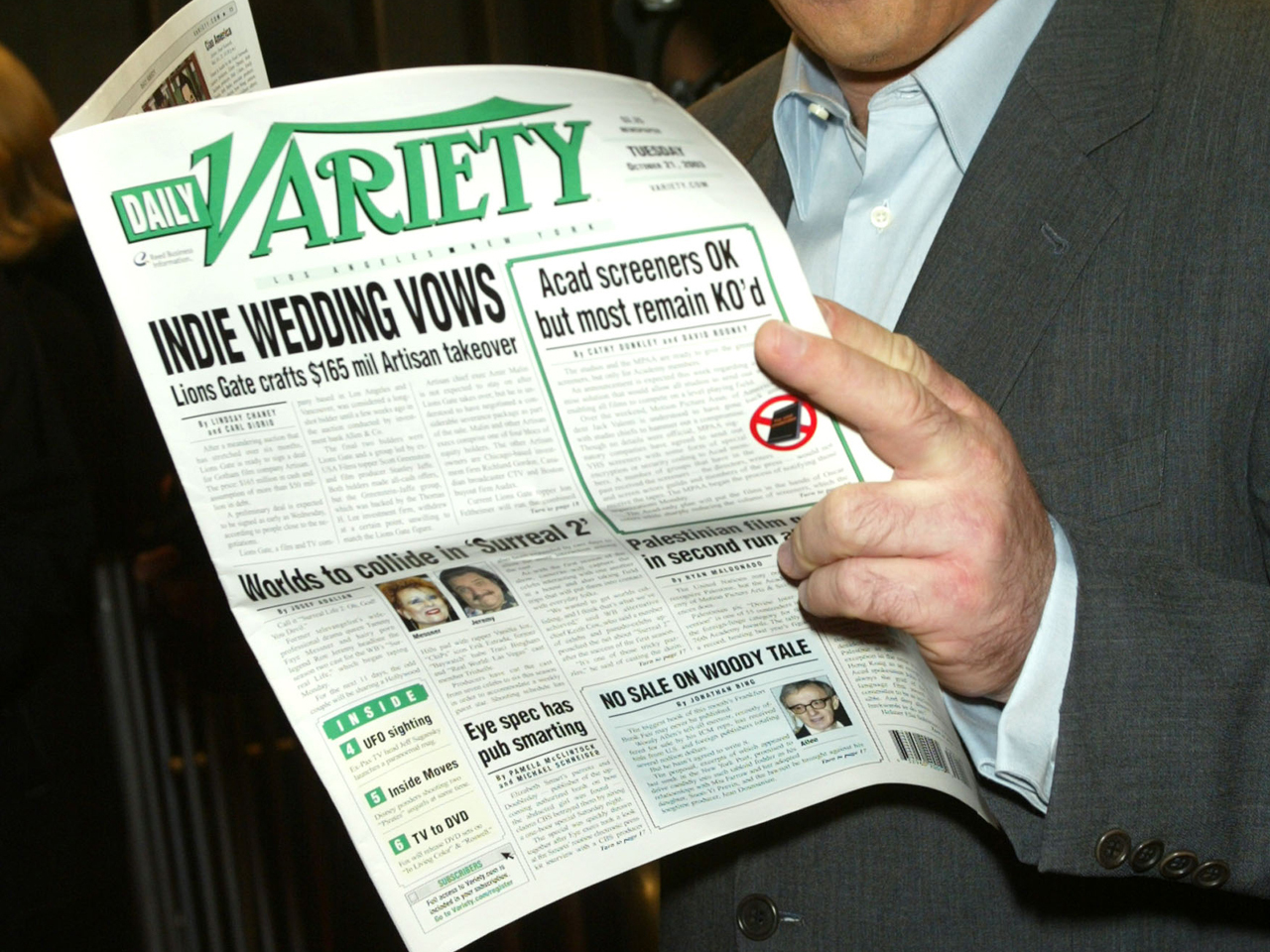 For those in the entertainment industry, Tuesday marked the end of an era. It's the day when the trade publication Daily Variety published its final print issue.

Advertising revenue at Daily Variety had dropped dramatically in recent years. The LA Times reports that the paper made $6 million last year, compared to the more than $30 million it made in 2006.

The end of the 80-year-old daily print publication -- a staple for actors, producers, publicists and other Hollywood power players -- comes five months after Variety was purchased for $25 million by Penske Media Corporation (also the owner of rival Hollywood news website Deadline).

The new changes to Variety also include a redesigned website and a revamped version of Variety's weekly magazine, which debuts next Tuesday.

"We want to dedicate ourselves to producing a print product that this industry wants to read," Sobrino told the Los Angeles Times. "You're going to see Variety have a point of view and much deeper analysis."

Variety began publishing as a weekly in 1908. Its Daily Variety edition debuted in 1933.