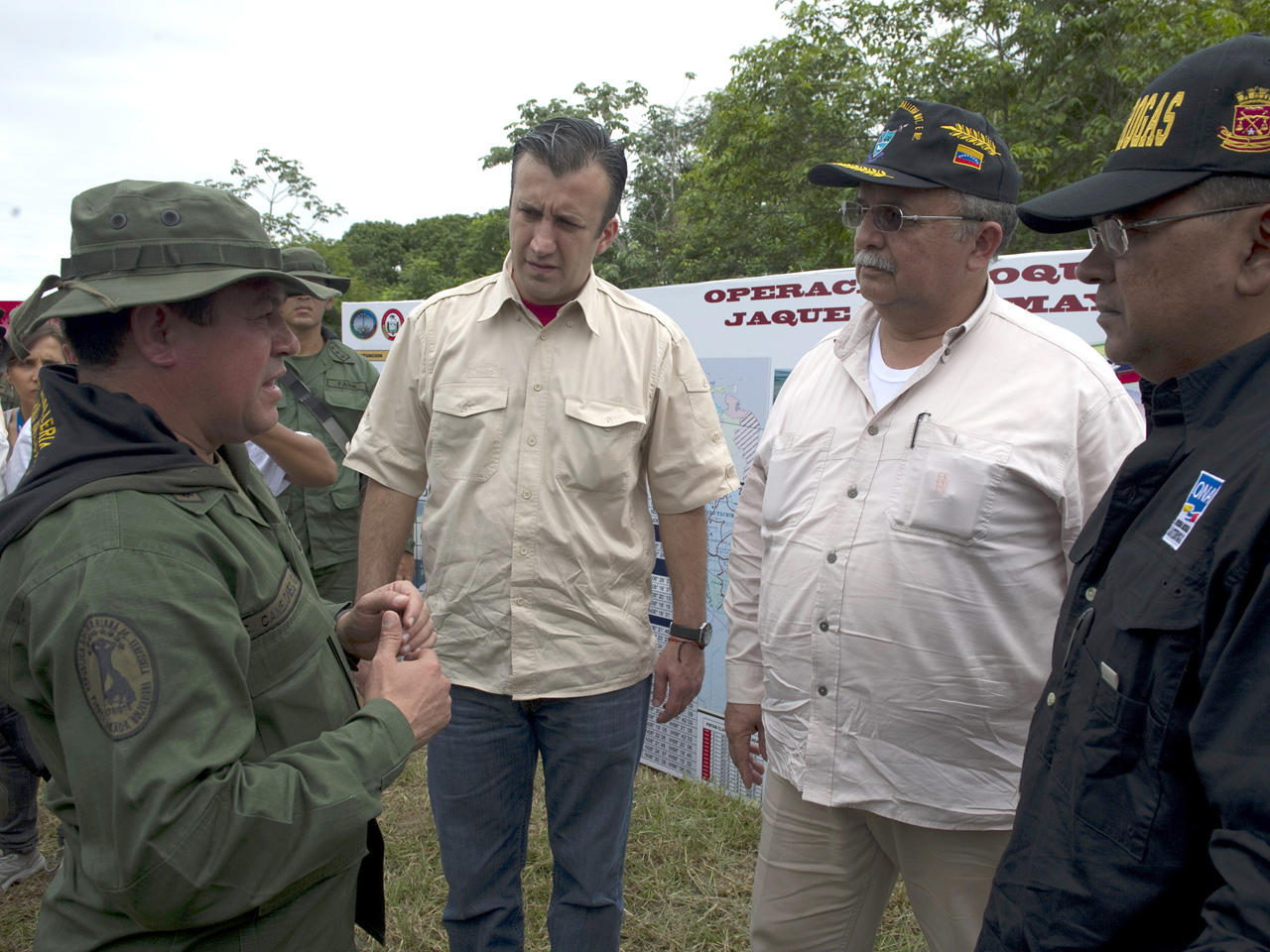 Colombian officials called him the leader of the "Rastrojos," or Leftovers, a violent offshoot of the Norte del Valle cartel that engages in drug trafficking, extortion and murder as it competes with other criminal bands that grew out of the far-right militias known as paramilitaries.

The gang, which is thought to have hundreds of members, operates on Colombia's Pacific coast and along the border with Venezuela, Colombian police say.

Better known by his alias "Diego Rastrojo," Perez was indicted in 2011 in Florida on charges of conspiracy to traffic cocaine. The U.S. State Department had a $5 million reward out for his capture.

Henao was pretending to be foreman of a rice farm in Venezuela's border state of Barinas, living with 10 bodyguards who posed as his workers, and was arrested just before dawn Sunday, Leon said.

Venezuela's justice minister, Tareck El Aissami, said at a news conference that Perez was "one of the most wanted criminals in Latin America" and that the government of President Hugo Chavez planned to turn him over the Colombian authorities.

Colombian and U.S. Drug Enforcement Administration agents led Venezuelan authorities to Perez, said a U.S. government official, who spoke on condition he not be further identified because of the political sensitivity.

The U.S. State Department said Perez has "been linked to kidnappings, tortures and assassinations in Colombia, Venezuela, and Panama."

Perez was a member of the Revolutionary Armed Forces of Colombia, Latin America's largest leftist rebel band, when the Norte del Valle cartel recruited him in the 1990s. Such shifts in ideological allegiance occur periodically in Colombia's drug-fueled conflict, often propelled by lucre.

Perez became a lieutenant of Wilber Varela, a former Colombian police officer and one of that cartel's last remaining bosses. He and the other top leader of Los Rastrojos, Javier Antonio Calle Serna, are believed responsible for the 2008 killing of Varela in Venezuela's western city of Merida, said Leon, the Colombian police director.

Calle Serna turned himself in to U.S. authorities last month. Another of his brothers, Juan Carlos Calle Serna, was arrested in Ecuador in March and sent to the United States and a third brother, Luis Enrique Calle Serna, remains a fugitive and is believed to be the titular head of Los Rastrojos, Leon added.

He said Perez was among Colombia's most violent criminals.

"Violence is what got him there and violence was what was going to keep him in power," Bergman said. "His pedigree from his early trafficking days is that he came out of the sicarios (cartel hitmen), so violence is in his DNA."

Bergman noted that major Colombian traffickers are increasingly hiding outside their homeland - and being caught there.

Perez's capture was the latest in a series of arrests of reputed Colombian drug traffickers in Venezeula that began after Santos took office in August 2010.

Venezuela has been a major cocaine transit country in recent years, responsible for the majority of smuggling flights bound for Mexico and Central America, according the Colombian and U.S. officials.