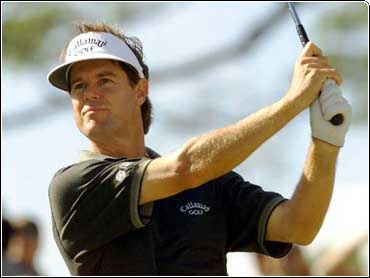 When last seen in team competition, Paul Azinger fought Nick Faldo to a draw in a match played only for pride. Seven years later, he finally gets another chance to play under the U.S. flag.

In a surprising pick Monday, Presidents Cup captain Ken Venturi made Azinger one of his two wild-card selections to round out an American team that will try to recover from an embarrassing loss to the International squad.

Azinger, 24th in the standings, became the lowest-ranked U.S. player ever selected as a captain's choice since the Presidents Cup began in 1994.

"He's a leader, he's a team man, he's a wonderful match player," Venturi said. "I feel this could be his swan song, and I'll get more than 100 percent from him."

Venturi, a former U.S. Open champion who has spent the last 30 years an analyst for CBS Sports, also selected Loren Roberts, a short hitter but a pure putter with an outstanding record in the two team competitions he has played.

Peter Thomson's two selections for his International team also raised eyebrows. He picked Robert Allenby, a two-time winner on the PGA Tour this year, but also Steve Elkington, who has been troubled by health problems and will have hip surgery before the matches Oct. 19-22 at the Robert Trent Jones Club in Virginia.

Allenby and Elkington are Australian, as is Thomson.

"I have said from some months back that my choices would be two players whom I judge to be those who would strengthen the team," Thomson said. "I think I've chosen the right people."

The International team handed the Americans their worst loss ever in a professional cup, 20 1/2-11 1/2, at Royal Melbourne in Australia in 1998. It has never won on American soil, with both previous matches played at RTJ.

Azinger has a passion for match play and for country, and was 2-0-1 in singles in the three Ryder Cup teams he made. The most memorable was in 1993, the year Azinger won the PGA Championship. The Americans already had clinched the cup, but Azinger overcame an ace by Faldo and fought back to halve the match.

He was diagnosed with lymphoma later that year, and his comeback was completed in January when he went wire-to-wire to win the Sony Open in Honolulu.

"I want to be on that team," Azinger had said before the start of the PGA Championship.

Now, he gets a little more.

The captain's picks become eligible for the NEC Invitational this week at Firestonea $5 million World Golf Championship event designed only for players on the Ryder Cup and Presidents Cup teams.

The European Tour changed its criteria for this year, sending over the top 12 Europeans from its money list.

Venturi became the first Presidents Cup captain since Hale Irwin in 1994 not to take the players 11th and 12th in the standings as his two selection. In taking Azinger, he also took a veiled jab at his predecessors Jack Nicklaus and Arnold Palmer.

"That's kind of like, 'I don't want to get involved in the political part of it,"' Venturi said. "Those two picks are not that easy. You have to watch who's coming up."

Nicklaus took Fred Couples and John Huston for the trip to Royal Melbourne. Venturi noted that Couples' record was only 2-2-1 and Huston was 0-4.

In fact, Couples won more points than any other American in 1998. And while Huston failed to win a match, neither did David Duval or Justin Leonard.

Venturi said he considered Couples as a pick until it was clear he was not on top of his game, missing the cut at the PGA Championship. Couples' coach, Paul Marchand, will be an assistant to Venturi, and Couples provided the greatest thrills in two previous matches at RTJ.

By taking Azinger, Venturi bypassed Chris Perry, David Toms, Huston and Leonard, the Ryder Cup hero from The Country Club when he sank a 45-foot putt on the 17th hole Sunday to clinch the cup for America and cap off the greatest comeback ever.

Leonard, a former British Open champion, has not won since The Players Championship two years ago. This will be the first team he failed to make since 1995.

"That's one of the hard things you have to do," Venturi said about his decision to leave Leonard off the team.

The U.S. team will include three players involved in a Presidents Cup or Ryder Cup for the first time Kirk Triplett, Notah Begay and Stewart Cink. Begay, a teammate of Tiger Woods at Stanford who has won four times on tour over the past year, played his way onto the team with his eighth-place finish at Valhalla Golf Club.

Mike Weir, the first Canadian to make the team, Retief Goosen of South Africa and Michael Campbell of New Zealand will be making their Presidents Cup debuts. 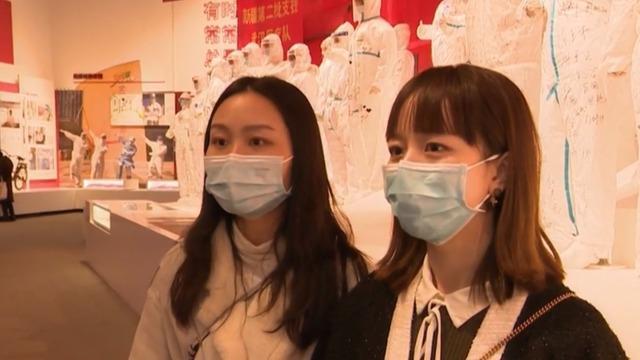