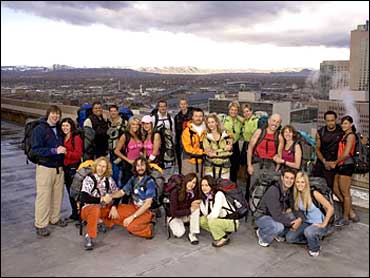 Once so certain she could win this tournament, Venus Williams was ousted from the French Open on Sunday after blowing three match points to a player ranked 125th in the world.

Williams produced her worst showing in her last seven Grand Slam appearances, losing 2-6, 7-6 (9-7), 6-3 in the fourth round to Austrian qualifier Barbara Schwartz.

"I'll just have to do my best in the next Grand Slam now," said Williams, seeded fifth. "This one is not mine. There's no need to be sad or depressed because it's only a small part of life."

Asked what happened in the second-set tiebreaker, she said: "I lost it, that's what happened. Couldn't believe it. Suddenly I was in the third set."

Also eliminated at Roland Garros was Jennifer Capriati, her exceptional comeback run ending with a quick 6-2, 6-3 loss to No. 2-seeded Lindsay Davenport.

Capriati won three matches in Paris just a week after she captured her first title in six years.

"I've come a long way just in the last month," Capriati said. "I never would have thought in a million years that I'd be at this point. I definitely exceeded my expectations."
And she is looking forward to playing on the grass at Wimbledon, "one of my favorite surfaces."

Moving on to the quarterfinals were top-seeded Martina Hingis, defending champion Arantxa Sanchez-Vicario and Steffi Graf.

Hingis defeated Ruxandra Dragomir of Romania 6-3, 7-6 (7-5) and will next face Schwartz.

Sanchez-Vicario automatically advanced when Mary Joe Fernandez, who jolted Serena Williams in the third round, withdrew because of a groin injury during doubles.

Graf was in command when Kournikova broke in the second set to make it 5-5. Two games later, Graf saved three set points to force a tiebreaker, which she won when Kournikova hit her last forehand wide.

"It's nice to be back," said Graf, a five-time French champion. "I've had some memorable matches on center court."

Williams, who had appeared primed for championship contention, now joins her sister Serena on the French sidelines.

That makes Hingihappy she will now meet Schwartz instead of Venus Williams in the quarters.

"I think the candle I lit at Sacre Coeur helped," she said. Earlier in the week she said she had lighted a candle at the famous church in Montmartre to help her chances.

"It was just a great match," Schwartz said. "After the first set I was getting tired, but I decided to fight until the end. I believed I had a chance if I would just fight, and it worked."

When asked why she hadn't played so well in the past, Schwartz said she had been concentrating on her studies and hadn't much time for tennis.

"It was important to go to school because now I have something else besides tennis," she said. Asked to describe herself, she said, "I'm just normal."

Venus Williams took the first set easily and looked as if she would make quick work of Schwartz. But she fell into trouble in the second, with Schwartz serving at 5-6, 0-40. Hitting out and long, Williams failed to convert on any of her match points, and then lost two more to lose the game.

In the tiebreaker, Williams hit a forehand into the net to give Schwartz the set. In the third, Schwartz broke three times, leaving the French Open without the Williams sisters.