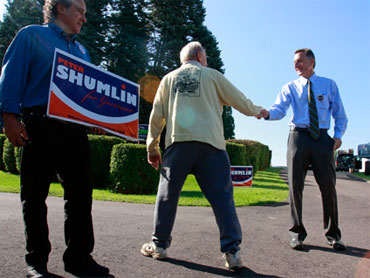 Dubie made the announcement at a Wednesday morning news conference at his Williston campaign headquarters.

His concession came after unofficial results from Tuesday's polling gave Shumlin a lead of about 3,000 votes or about 1.5 percentage points.

With 89 percent of precincts reporting early Wednesday, Shumlin had 49.4 percent of the vote compared to 47.9 percent for Dubie.